This week Corbin had Kindergarten registration. He was lucky enough to have his test screening with the teacher I hope he gets. I went ahead and told her we were hoping for her. I don't know if it will help but you never know. He did great and the teacher said he was very ready for Kindergarten.

On Friday night Scott and I went on a date. It's been a long while. We finally went to Big Juds and it was good. The fries were not great but everything else was good. Afterwards we walked around the green belt downtown. I love that. It is really pretty down there. From there it was a not so quick trip to Home Depot and then we red boxed Hitchcock. We both liked it.

Scott has been working up a storm all week on the kids bunk beds. He certainly had a bee in his bonnet. There were no complaints from me. It was fun. The kids loved working with daddy. Corbin told daddy that building bunk beds was more fun than building anything in Minecraft. Scott's mad skills impressed me this week. This city slicker has impressed me more than once with his ability to fix things around the house and build things. He designed the beds himself. He even lifted the top bed onto the bottom bed by himself. He had a few consults with our wood crafting friend Jared, and some help with his dad last weekend but other than that it was all him. Go Babe! You are so hot right now! In case you were wondering he is more than a little sore right now. Building beds is hard work! 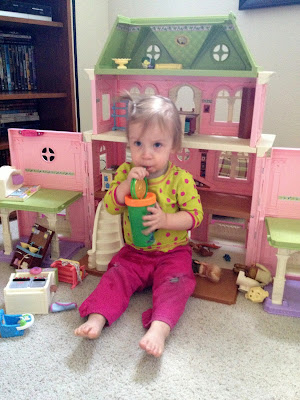 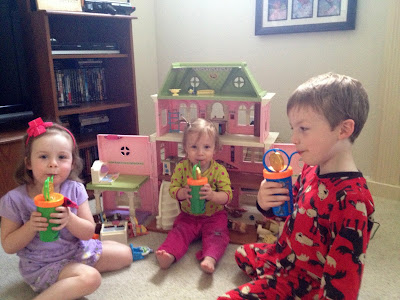 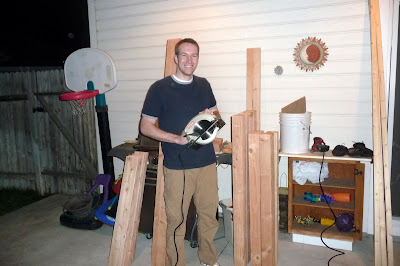 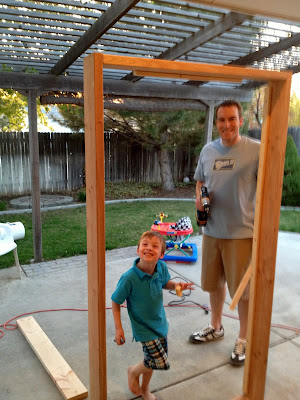 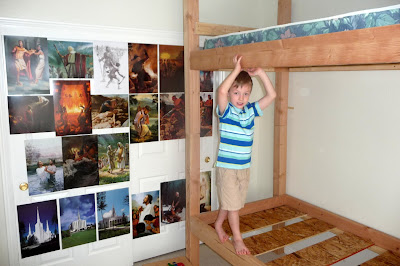 Nana and Papa Come to Town

We had visitors this weekend. Scott's parents came up for a visit. Boy were my kids excited! How could they not be? Especially after having a conversation with Corbin that he can't have everything he wants and his reply is "well Nana lets me." There you go! They arrived Thursday before dinnertime. Scott grilled up some burgers and hot dogs and we had a great dinner that evening. Later on we went and got ice cream from Delsas. Yummy! Lucky for us they made a mistake and brought us an extra ice cream cone. It was perfect because I liked that flavor better than the one I ordered. Corbin liked my ice cream cone better and Piper got Corbin's. Needless to say there was no leftover ice cream. We had plans of going to the zoo Friday morning but as usual when the Cannons come to town it almost inevitably decides to rain. We went to breakfast at Jerry's and headed to the Discovery Center downtown. We haven't been but it was great fun for the kids. They had great stuff for kids of all ages. Piper was thourougly entertained by several exhibits as were the other children. We drove home to put Piper down for a nap but she didn't want to miss out on any fun so we let her stay up and we headed to Chuck-E-Cheese's. My kids haven't been there before and they loved it. Corbin wanted to eat the rest of our meals there.

Friday night we headed over to Gabe and Christy's for Spencer's third birthday party. It was a Fantastic Mr. Fox theme and it was fantastic. Christy goes ALL OUT and she should be a professional party planner. She made tons of delicious dinner and a scrumptious cake. Each of the kids had a cute fox mask (that Corbin even took to church). They played pin the tail on the fox and she had a fox puppet making station. Ugly ties were all around and the night ended with a pie eating contest. Scott's parents went to the movie 42 while we were gone. They said it was really good and I want to see that one for sure.

Saturday morning Scott's parents came over and Jeff went right to work. He worked all day at our house I think. He fixed out sprinklers and he and Scott got the wood and started cutting out the bunk beds. They worked until 10:00 that night. Janet and I snuck away and spent a lot of Gymboree bucks. After that everyone met us for lunch at Red Robin. Scott and Jeff took Piper and went back to work and Janet and I took Corbin and Gabby to the movie The Croods. Unfortunately the time we went at was 3D, which was not great for my kids that would not wear their glasses the entire time. After the movie we rested for a bit and went to dinner at the Olive Garden. It was prom last night so we had to wait a long time but the kids were good sports and the food was really good. It was well worth it to me.

On our way to Stake Conference this morning we joined Jeff and Janet for their hotel's continental breakfast. They headed on their way and we headed to Stake Conference, a dreaded occasion for parents of small children. I was in the hall for a lot of the time with Piper but I could still hear the talks and they were very good. Lucky for us we will be headed down to Salt Lake in just a few weeks for baby Greta's baby blessing and Scott's birthday celebration. We aren't ready to be done partying with Cannons. 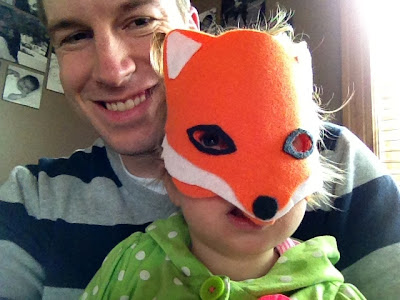 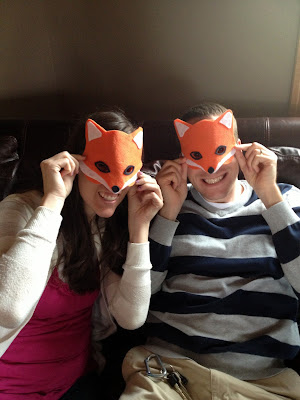 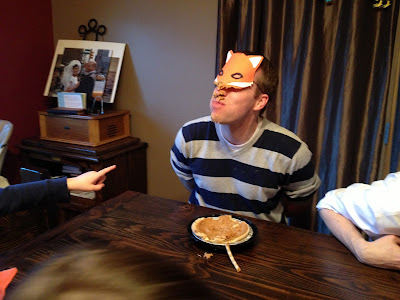 Scott's parents have been wanting to come up for a visit but it hasn't worked out yet. Hopefully they will be able to come next weekend. When I found out they couldn't come this weekend I decided I wanted to take my kids to the farm. We haven't been on a family trip since Christmas and we haven't been to the farm since Thanksgiving. I called up my sister Trisha to see if she could come too. It's a lot more fun to have at least one more family to come as well, that way there are cousins to play with and more adults to talk to. I was glad Trisha could come because I don't get to see her very often. Corbin had a great time playing with Cooper and Gabby had a great time playing with Brie. Trisha's older kids were good sports in coming in that there was nobody to play with them. We just chatted and later that night we watched the movie "Not Without My Daughter" that is a true story that is terrifying and horrible (luckily it does have a happy ending). The next day the kids got outside for a bit in the morning which was good because at 11:00 a.m. the wind started blowing and it blew ridiculously hard all day. My dad was trying to plant his crops but he had to stop because he was scared the seed was getting blown away. He was able to finish later that night which was a relief to him. We didn't do much all day. I did take a trip to the Family Dollar with my mom and Corbin but I didn't find anything I wanted this time. Darn. That night we watched the movie "The Mighty" which is very good. I also ended up watching the old "Cape Fear" with Scott.

On Sunday we slept in and scrambled to get to church by 9:00. We decided to stay through all of church which I will admit with kids in a visiting ward we never do. I decided we needed to maybe break that habit even if it meant spending the rest of church in our kids' classes. Scott ended up staying in the nursery the whole time with Gabby and Piper and I went to primary with Corbin. Luckily by the 3rd hour Corbin had warmed up enough that I could leave him. I was glad because my mom was teaching relief society and she is an excellent teacher so I didn't want to miss that. After church we had my mom's Sunday dinner that is my favorite thing to eat in the whole world. I really think it is! Then we gathered up all our stuff and headed home. It was fun to have a visit. My kids loved being at Granny and Gramps house. It would have been better if the weather would have been nice so the kids could play more outside but they didn't seem to mind. Corbin even played his first game of chess with daddy. 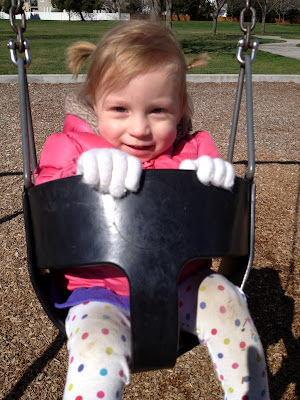 Things were just the usual around here this week. The main event was General Conference. I love General Conference. I started talking to my kids about it early on in the week to get them excited. I figure General Conference is kind of a like a holiday and like any holiday most of the best traditions (at least for me), are centered around the food. So I made sure to have an extra yummy breakfast. I made my semi annual cinnamon rolls and bought the kids sugar cereal which I never buy. On Saturday I was snuggling with Gabby in the morning and I said I was going to go make a special breakfast and she said with her nose crinkled "I want conference treats." So funny and cute. The kids snacked on sugar cereal during all of the sessions. I guess that's our other main tradition is that we sit down and watch all four sessions of conference. It's a little loud and chaotic at times but that's okay. Scott subbed seminary on Friday and asked the students if they had any conference traditions and one girl says her family builds a tent just like the people listening to King Benjamin. Another girl said they have a major pig out. Ha. I loved that one. That's pretty much my conference tradition. 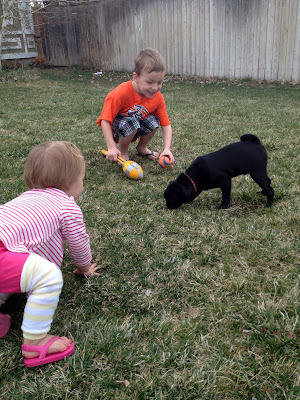