I've been working on a painting project all week.My friend had bought an old entertainment center and I practically begged her to let me paint it. I really love doing stuff like that so she's really doing me the favor. I try to follow the expert advice of painters and wait 24 hours between coats but it's hard! So annoying to wait. I've painted 2 primer coats and 2 color coats. It looks terrible. I'm kind of nervous it's not going to work out. The surface was super sleek so it was hard for the primer to stick to and now the red paint is just not going on evenly at all. I'm hoping things will even out in the next couple of coats. Fingers crossed! I just love seeing a finished project (when it works out that is). Baby nap + girls tv time=mommy paint time.

In most exciting news Scott made a sale yesterday. Hooray!So that was very exciting and we had to celebrate by making chocolate melty cakes. So delicious and so easy to make. Dangerous combination!

It's been really nice this week, We went to our favorite park and played. It was great. I love the warmer weather. It cooled down today though. I think Heavenly Father was helping me not be tempted to do a coat of paint today. Ha.

We had Sunday dinner with our friends tonight. It was fun to get together and it really helps break up a Sunday. When you get out of church at 12:00 it makes for a really long day with 4 little kids.

Gabby quote: "You know what mom, I like being a kid."

I have some pictures from Scott's phone from Gabby's birthday weekend celebrations.

This week I have been super busy getting ready for Gabby's birthday and a visit from Scott's family. Gabby really wanted Nana and Papa and Colie and Rustin to come to her birthday party. She wrote them an invitation and they just couldn't say no to that. Carole also came up with her girls.

Gabby's birthday was Friday. We had a special birthday breakfast and Gabby got to open a few presents. She got some princess bubbles for her birthday and she took an hour bath and used ALL her bubbles. Wow, happy birthday bath to her. We went to Chick fil A for birthday lunch. After that Gabby continued to wait for Nana to come. The first group got there around 5:00. We had dinner and then slowly but surely made our way to Pojos for some birthday fun. After that it was time for cake and presents. Gabby had the right idea inviting family for her birthday, she made off like a bandit.

On Saturday we headed to Jerry's for breakfast that has changed ownership and is now called Moon something...anyway it was pretty good but the service wasn't great and it took a long time. After that we headed to Jump Time and the kids had a great time there. We've never been there and it was great fun. After that Scott and Rustin swam with the kids at the hotel. We then had an early dinner at Smash Burger. The rest of the night we hung out and played games and worked on my train puzzle that Greta destroyed Friday night and we started to rebuild Saturday night.

Today we have been hanging around. The kids went to the park with Nicole and Rustin for several hours. It's been very sunny and nice all weekend. Tonight hopefully we will get in a round or two of games and complete some more puzzle pieces. The Cannons are here until tomorrow. It's so fun when they come for a visit. 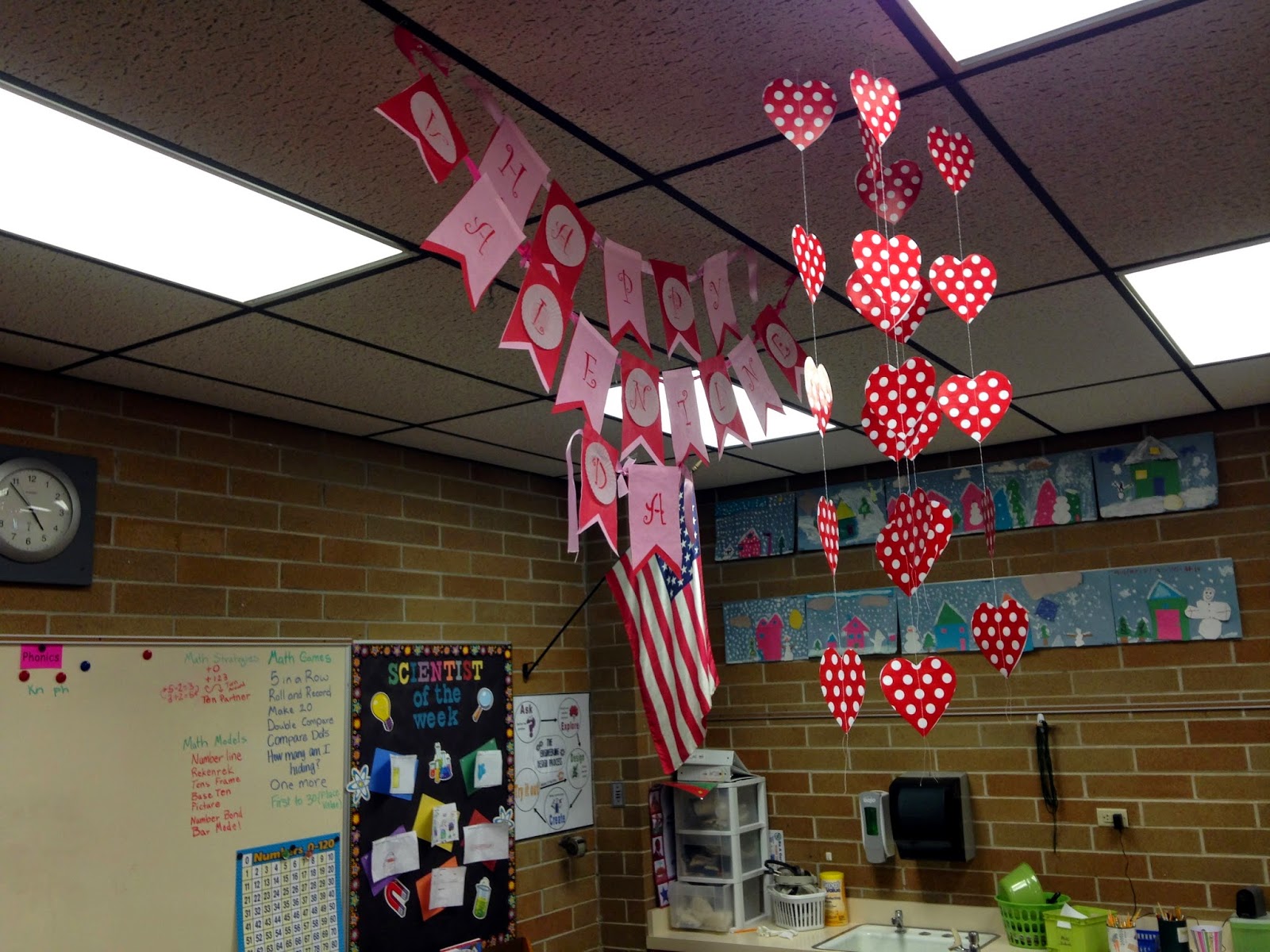 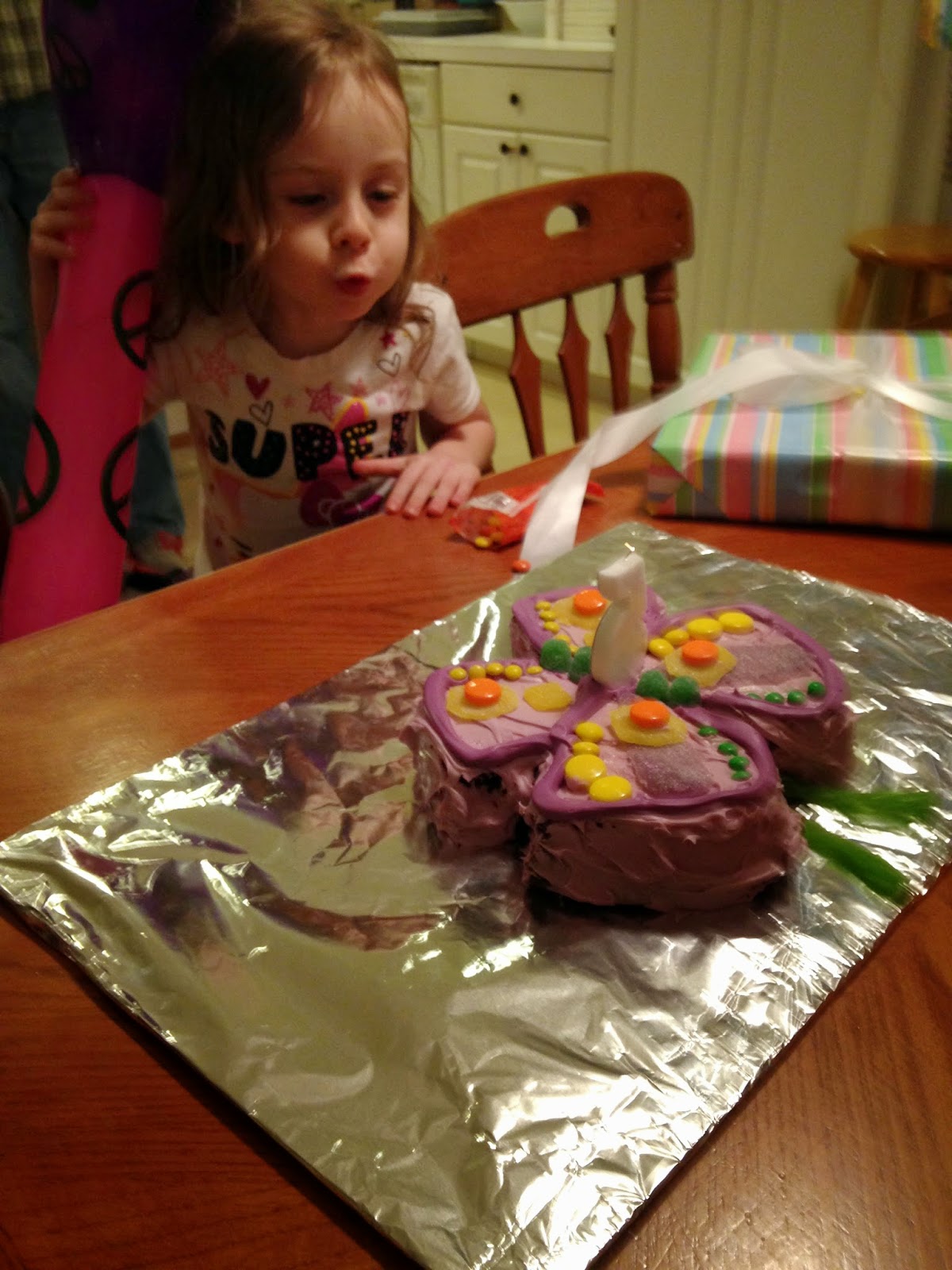 My visiting teacher offered to watch my kids while I go into Corbin's class for 30 minutes every week. I'm so excited to be able to consistently help out. I haven't been able to do much volunteering this year so I'm glad to be in there more. It's going to be tough when I have two classrooms I will want to visit next year.

The sun is shining today. Wow it really lifts my spirits. We have lots of days with zero sun in the winter and man when the sun shines it is wonderful. I do not think I could live in Seattle. The weather has been pretty warm the last few days too. It's nice when we can go outside for a bit.

I finished a sewing project this week. We are trying to earn Corbin a free Roaring Springs pass so he's been reading to me for 30 minutes everyday. Other than that things are pretty same old around here. Everyone is fairly healthy at the moment. Yay!

Scott was gone to a home show in Nampa Friday night and all day Saturday. He made lots of appointments so that's good.

My brother Keaton is getting married in May. His fiance's name is Amanda and I was talking to Gabby and I said, "Gabby you are going to have two aunt Amanda's," and she said, "what are aunt Amanda's?" Ha. Well Scott's sister usually goes by Mandy so Gabby probably didn't even know Amanda was her name.

Gabby did a 100 piece puzzle by herself this week. Amazing! I am sort of slowly working on my 750 piece train puzzle. I am so bad at puzzles.

Posted by Mitzi Cannon at 8:42 PM No comments:

On Monday night I suddenly started not feeling very well. I decided to still go over and watch a show at my friend's house but that was a mistake. Almost the whole time I was trying my best not to throw up, because I did not want to barf at her house. I was able to hold it off and as soon as I got home I barfed. The next day I felt pretty nauseous but by dinner I was totally fine. Random sicknesses at the Cannon house.

Gabby had to get her Kindergarten shots this week. I was totally freaked out about how she was going to respond to this and I couldn't decide if I should give her a heads up or not. I decided to give her a heads up and she started crying right away. She did pretty good though. She was pretty calm and cooperative and didn't freak out until it was time to get the shots.

We went to the park a few times this week. Wintertime gets long. It's amazing how warm 45 degrees starts to feel.

Scott was gone most of the day on Saturday. He went to McCall to check out their winter festival. They were hoping it would be conducive to setting up Solartek appointments but it wasn't. Well now they now.

Ryan started to not sound very good yesterday and this morning he woke up and his breathing was very labored and raspy. Scott took him to urgent care and I took the other kids to church. Turns out he has croup. This kid can't seem to catch a break.

Piper Quote: "Mom, now I really like you. I also like my dad."
P: "Holy smokes! You gotted there, that's crazy. " Quote during Candyland
Gabby: "My sister wants me to start." I'm sure she does, just like when she wanted to give Gabby her other Oreo. Hmmmm.

Corbin has been interested in fasting so I let him do a partial fast today. He fasted until church was over. He acted like it was no big deal and wasn't ready to quit fasting yet but he did when he realized we were all going to eat. I think he wants to fast longer next time. I'm not sure if that's a good idea or not. 7 seems pretty young to me. We'll see. He was pretty proud of himself though and we made sure to say a prayer before and after so the purpose isn't "to starve to death" like he originally thought.

The kids keep doing their puzzles a bunch. Piper completed a 48 piece puzzle by herself. I'm super impressed by that, especially since I can barely do that.

I forgot about our date night Friday night. We got a babysitter and were just planning on going to dinner or something when last minute Haley decided to have a little party for her husband's birthday next week. So lucky for us the sitter was already set and a group of us went to Grinkers for sub sandwiches and video games. Cory is a big nerd like Scott so they loved that. The place has tons of old retro video arcade games. It's not really my thing but it was fun to go out and my sandwich was good. After that we went over to the Hunters for cake and ice cream. It was a fun night. I think next time I'm ready to just hang out with Scott though. 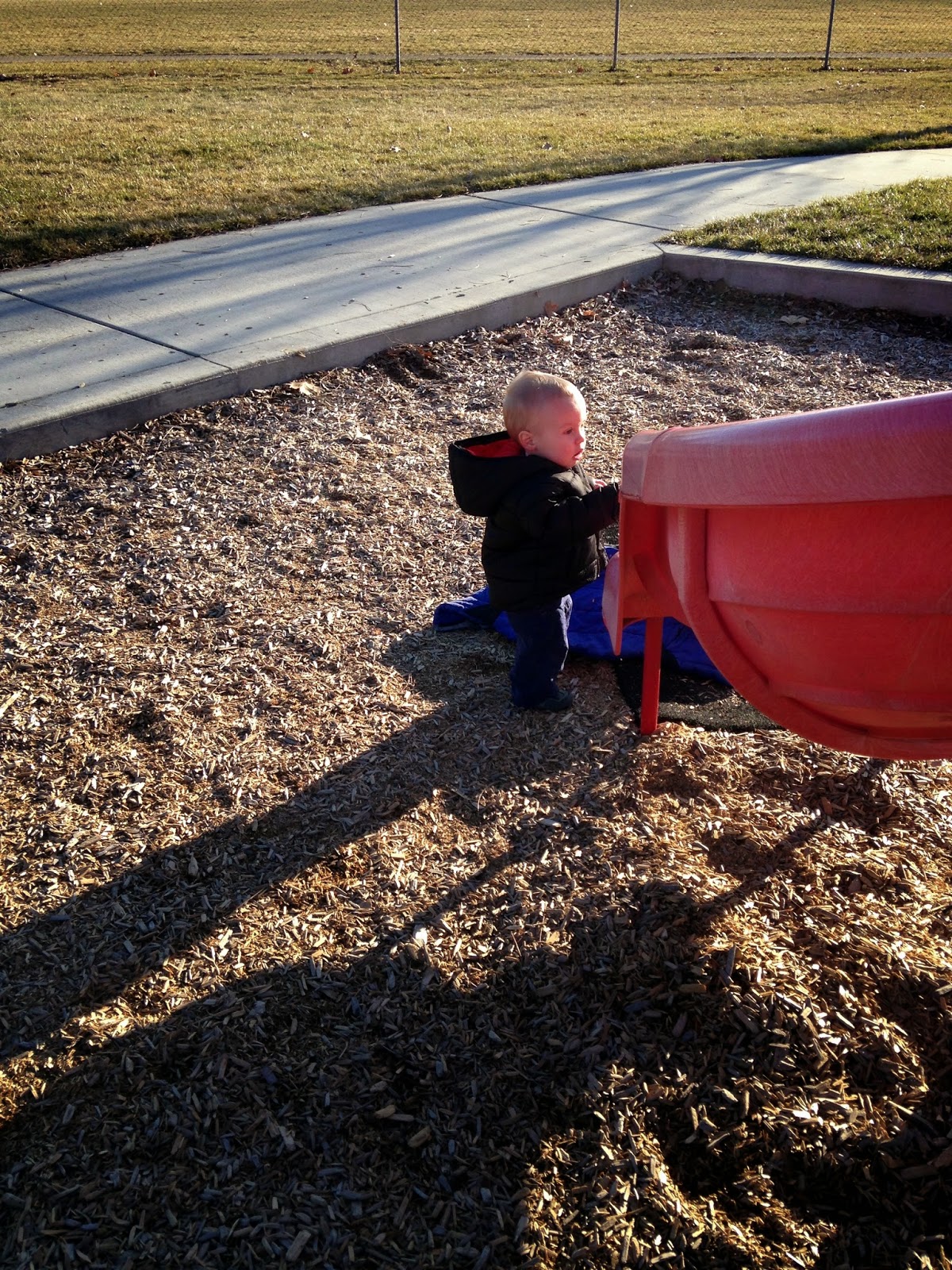 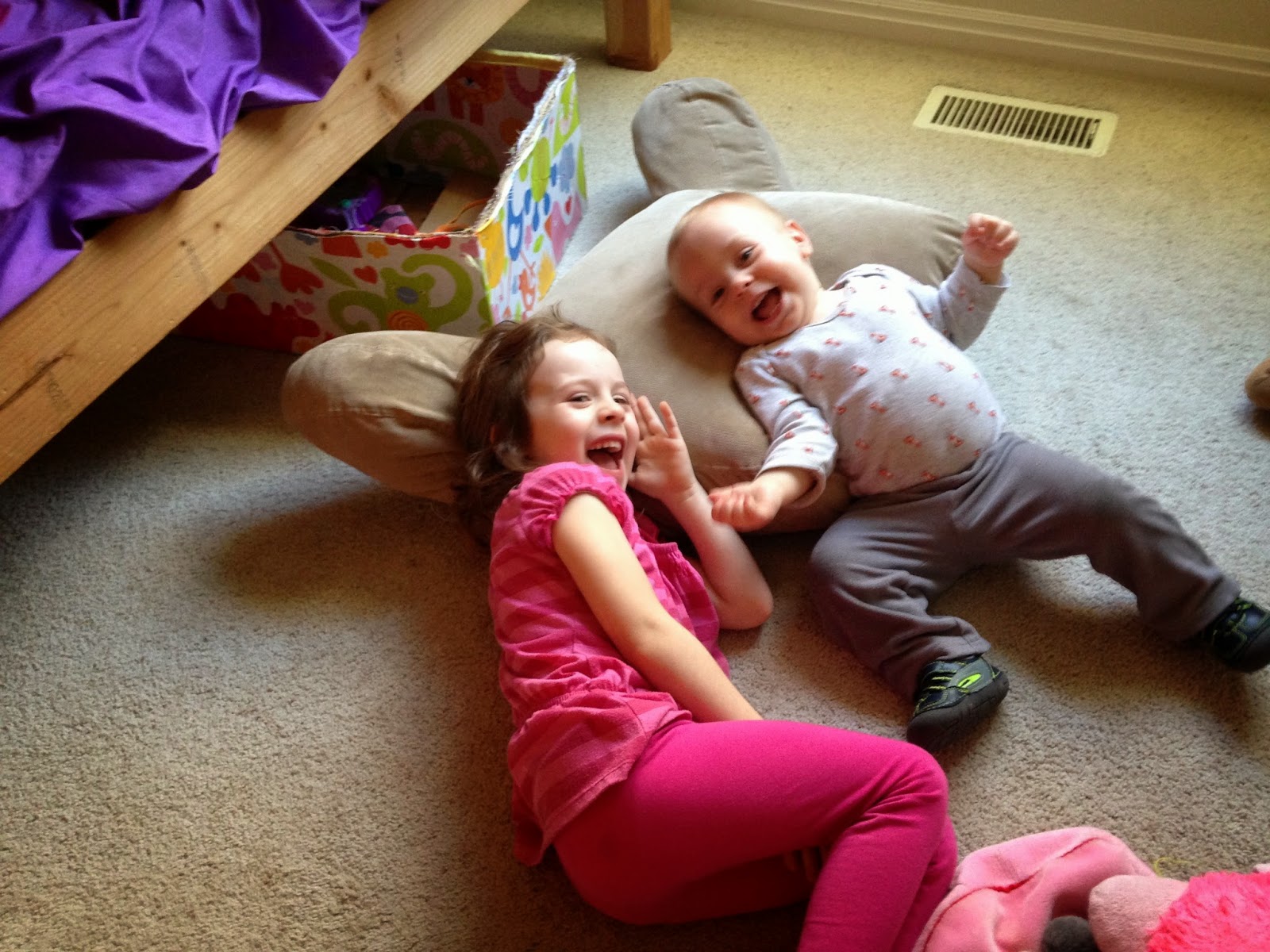 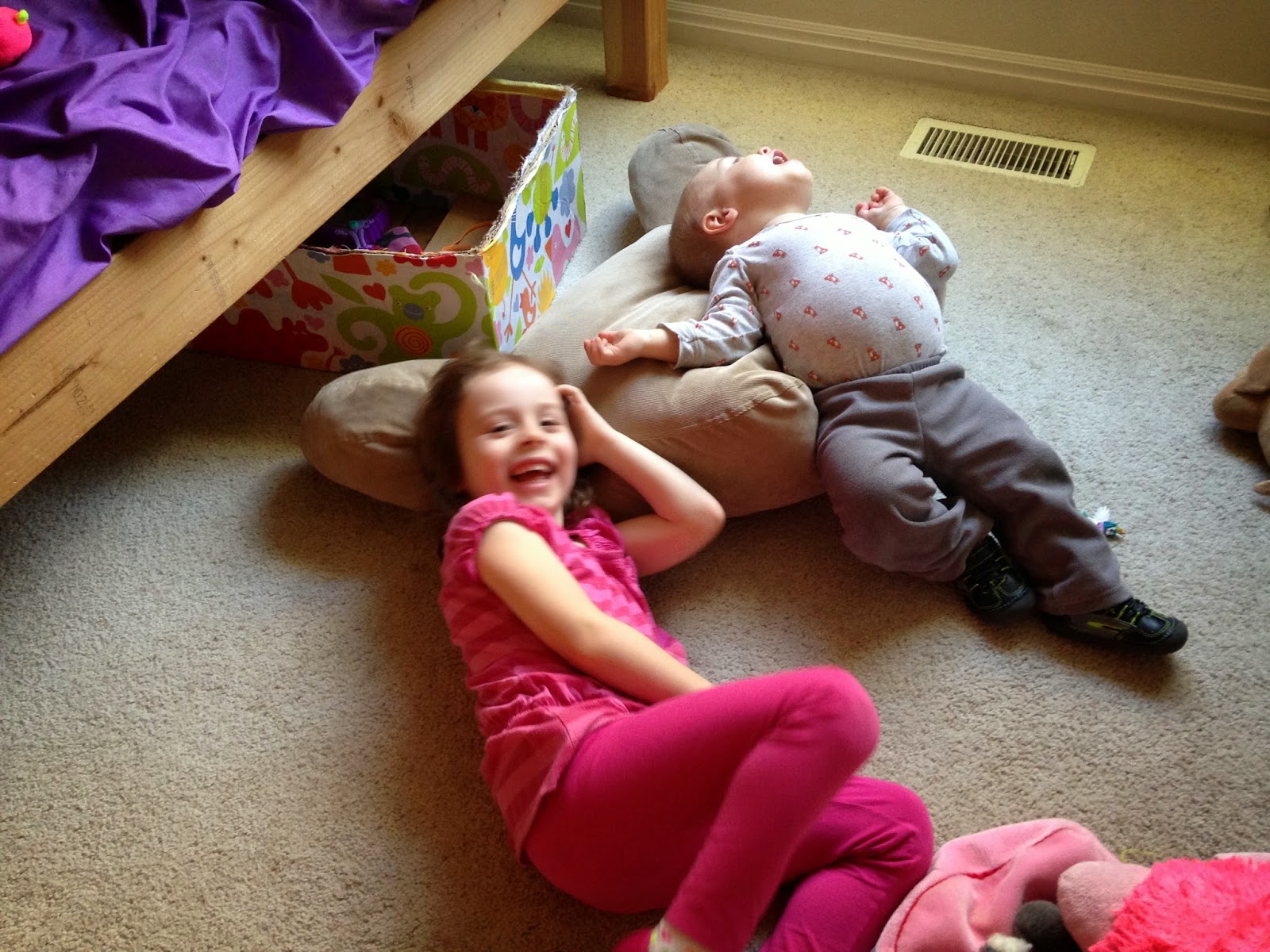