This last week was good. On Wednesday I invited a bunch of my old ward friends over for lunch. I had a big turnout. It was fun to catch up with everyone. I only subbed on Thursday last week because there was no school on Friday. I ended up doing a last minute job. I had to shower and get ready stat. I did two half day jobs. It was kind of nice. I had time to go home for lunch in between jobs and it broke up the day a little bit changing schools. I was a resource room aid at two schools I've been to before. It's really nice when I get to do a job that I'm already familiar with. I start my 13 day sub job this week. EEK! I hope it goes well. I just need to be strict (not my strong suit) and it should be fine.

On Friday the kids were out of school. We just hung out. That night I had some girlfriends over to watch a movie. On Saturday I went and helped a friend move and then we went and got breakfast. We had a family Halloween party with my book club friends in the afternoon. On our way there out car engine started steaming up so we had to turn around. I ended up having to take the kids by myself. The kids had a fun time there. My friend goes all out with her Halloween party. I should have taken some pictures! Later on Scott and I had an adult Halloween party. We dressed up like characters from a TV show called Dexter. He's a serial killer on the series. Scott dressed up as Dexter and I dressed up like one of his victims. On the show he wraps them in saran wrap. My friend went ALL out. Her house was covered in decorations. It was awesome.

Today was Ryan's birthday! We had a special breakfast. Later we went to Pojos and then to Burger King for lunch. After naps (me and Scott) we carved some pumpkins. After dinner we had cake, presents and played some games. It was a good day. We love our little Ryan beast! 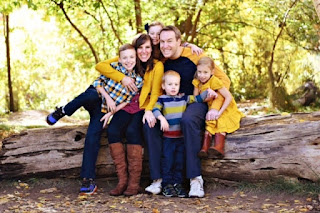 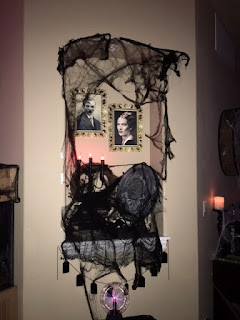 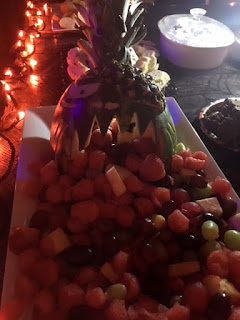 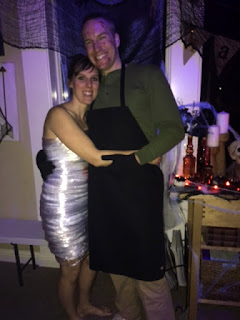 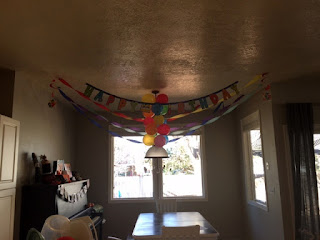 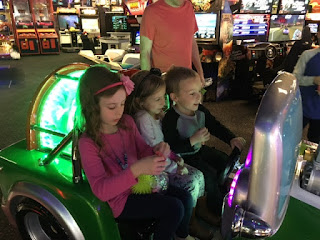 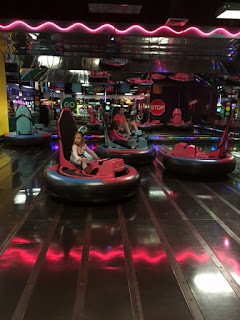 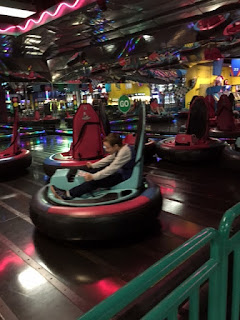 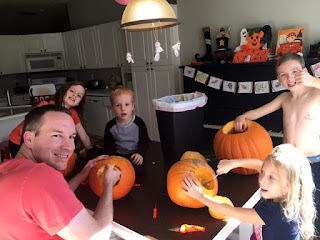 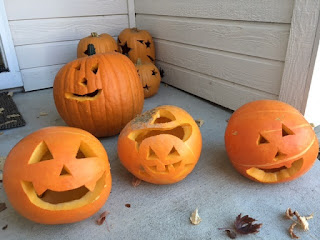 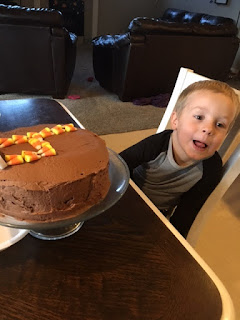 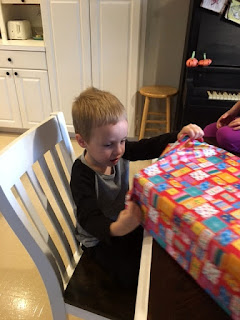 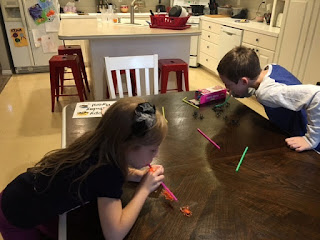 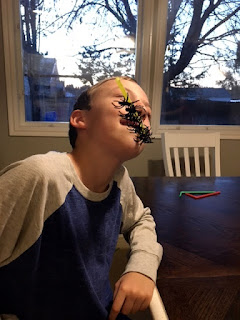 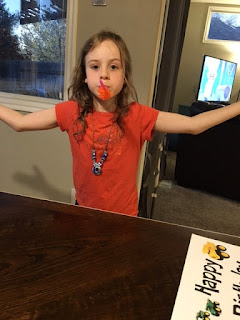 Gabby Crafts Up a Storm

I'm somewhat adjusting to my new schedule. I subbed at the same middle school on Thursday and Friday. I actually took a two and a half week job in November there. I will be subbing 6th Grade PE. Hopefully it's not too awful. It might be intense working both jobs everyday but it's just for a few weeks, plus the paycheck in December will be sweet! I'm hoping I can plan and be able to manage it okay. Scott will have to meet with his clients after school and he's going to have a go at cooking the dinners. Should be interesting!

I had a first last week. I called 911. It was awful. After school on Wednesday I asked Corbin where Gabby was and he said jump rope club. Cool, she signed up for it and it must have been the first practice. At 4:45 Scott went to go and pick her up and she wasn't there and she never checked into jump rope club. I didn't want to waste any more time looking for her without calling 911. It was a horrible call to make. LUCKILY about 5 minutes later they found her at the school. She was at the after school reading program (that I didn't write down when it was starting). I had to call 911 back and say never mind. It was really scary for a little bit.

We went to a funeral on Wednesday night. Some of our friends in the ward ended up leaving the church around the same time we did. They have three gay children. We became close to them and think of them sort like an extra set of parents. Their oldest daughter got in a motorcycle wreck and died. She is close to my age. We didn't know her but we went in support of our friends. It's really sad. My friend's heart is broken. It's such a tough thing.

Scott's sister Mandy came up for a short visit. It was fun to see her. She brought Attie and the kids were so excited to play with her. I didn't get to hang out too much with her because I went to bed early and subbed on Friday. She left Friday after dinner. It was a good, short visit.

We had some friends over Friday night to watch a scary movie. It was fun! I don't know why I like scary movies They are the worst! Ha. Gabby spent the entire weekend crafting, crafting, crafting. She's like Buddy from the movie Elf. The rest of us had a nice relaxing weekend. It was nice! Onto another week. Bring it! Ha. 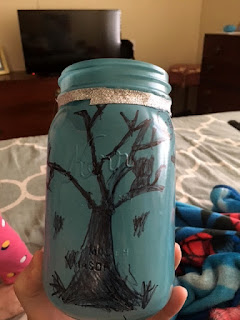 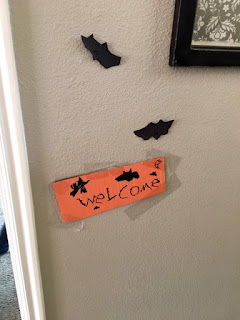 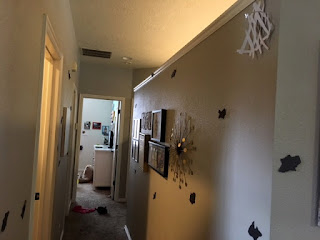 Another busy week. Gabby started piano lessons with aunt Jory. We will see how that goes. We got our family pictures today. I hope at least ONE picture turns out. Family pictures are painful. We haven't gotten them in a long time. One of my friends is a photographer so she did our pictures. I spent all week trying to get outfits together and think about how to fix the girls' hair. In my mind right now I already have regrets but we will see what the pictures show. The kids got their school pictures back. They all turned out well! I was so relieved. 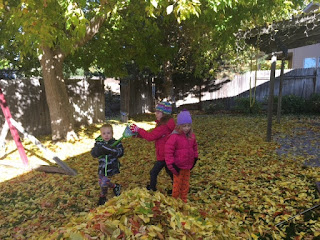 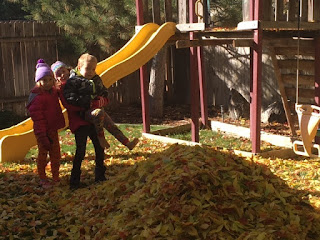 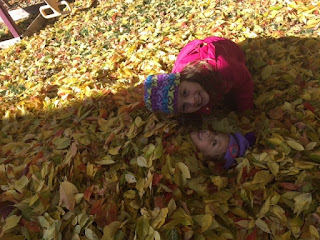 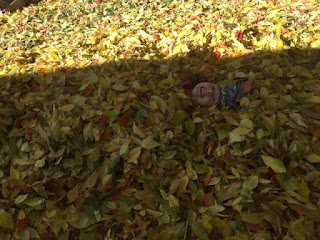 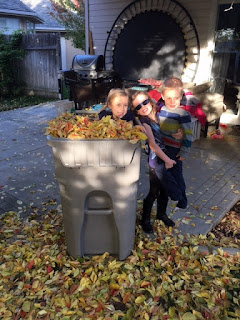 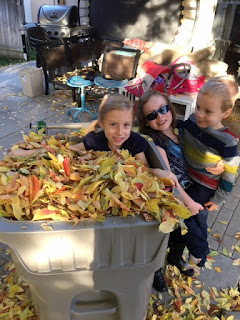 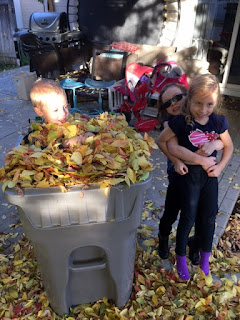 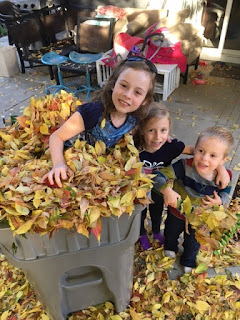 Posted by Mitzi Cannon at 6:50 PM No comments: