This last week was good. Things were really slow with VIPKID which was kind of nice. So far  I have even less bookings this week. I'm hoping some more will get booked. Sometime Sunday night (Monday in China) a lot of the parents book for the week. I subbed for a second grade class on Friday. It was a little stressful. Subbing is scary. You have no idea what your day is going to be like. I've mostly done long sub jobs and resource room. I haven't been the actual teacher of random classes very many times. The teacher left 2 math worksheets with no answer key and wanted me to do them with the class. I didn't know how to do it and neither did the aids so I just had the kids work on their own. I hate that! I hate feeling like an idiot and not knowing what to do. The kids do math so weird now I don't know how to do it, 38+59 is like this whole big tree graph rounding mess. Other than that things were pretty good except for one difficult student.

On Friday night we met some friends for dessert. We had a fun date night with them. I went to a baby shower on Saturday. Today I went to another sign making party. It was so fun. This lady that owns the business is so talented and she can design pretty much any sign you want. It was really hard to decide.

We woke up to snow Thursday morning. Scott shoveled the snow all the way to the school so the kids would have a clear path on their walk home. Cutest! It snowed a lot yesterday. The kids were all gone to birthday parties and play dates so I forced myself to go out and play in the snow with Ryan. Ha. He was very cute. He kept throwing snow at me for at least 10 minutes straight and every time he would get deep belly laughs out of it. It was the best! That alone made it worth the effort to get myself out in the snow.

Here's a link to a Colie recap video.

Last week was good. It was Gabby's b-day on Tuesday. I can't believe she's already 8! Crazy! We didn't do much on her actual birthday. We had a special dinner and a special breakfast but that's about it. She went over and played at her friend's house for a bit that night. I figured she already had her birthday party and we would do more celebrating with the Cannons over the weekend.

It's Chinese New Year in China right now and that is a BIG deal. The whole country practically shuts down. Needless to say my bookings were really low last week and are really low for this week as well. It's kind of nice to have a forced break. Hopefully bookings will be back up next week though. My sub job finally ended on Friday. Yay. I enjoyed it but working 10 hour days is no joke! The person they hired for the job is in school so she needs to be in class during some of the work day. The principal asked me if I would be willing to sub for her 2 half days in the mornings for the remainder of the school year. This will be perfect! I still get to teach and see the students. It also works out for my coaching job starting in two weeks. I did not want to sub full days during that time because it would be too much. I'm getting nervous about my coaching job as it is approaching. I hope it will be okay. Ha.

We pierced the girls ears back in September. I took really good care of the piercings and I made them wait a long time before I let them switch to regular earnings. When it was time to switch I wouldn't let Piper use the other earrings because her ears were always a little irritated and infected so we just continued to treat them and leave the studs in. This has been going on for weeks. I hadn't checked on her ears in a while so I called her over and found a huge mass of infection behind her ear. Yikes! Scott took her to the doctor the next day. Her ears were so infected from the wound sight that they were forming an infectious pouch to the side of her ear. The doctor said that it could turn very serious because it's right next to her carotid artery. Freaky! We started her on antibiotics and we will probably just let her ears close for now. I have really sensitive ears too and I can only wear earring studs. She must have gotten my bad genes. Poor girl. I hope this infection clears up quickly! Scary.

Jeff, Janet, Nicole, Rustin, and cousin Greta came for president's weekend to spend time with us for Gabby's birthday. They came late evening Friday night. On Saturday morning everyone went swimming. I got to stay home and clean my house in peace and quiet, it was wonderful! Later we went to Big Jud's for lunch and hung out the rest of the day. Nicole tried to have a girl's night with just the girls last night at the hotel but it nearly broke Ryan's heart to get left out. Luckily they let him come. Rustin and Corbin stayed at the house for a night of gaming. Nana and Papa watched Die Hard with us. Good times were had all around! Today we will probably just hang out. Tomorrow we will hit PoJos before the Cannons leave. 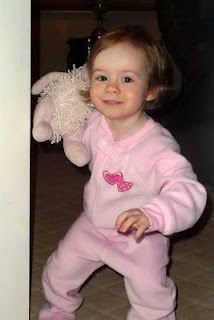 Posted by Mitzi Cannon at 10:48 AM No comments:

Gabby has been asking me off and on about a birthday party and I would just blow her off. I don't really like birthday parties. I had it in my mind that I would only let my kids have a few but what can I say she wore me down. Last minute I said yes and we planned a very low key last minute birthday party. I only let her invite 5 people and we used her extra Valentine cards to make into a mask shift invitation. I didn't even think about the party until Saturday morning. Luckily I thought of a easy craft that would take up some time. I figured with any extra time we would play twister and Disney Scene It. Done. I was not up to thinking of extra games and prizes and all other kinds of nonsense. It needed it to be basic and it was. I think they had fun though so that's good.

I worked all last week and it was good, tiring but good. There are a couple of challenging kids but luckily I don't have them for very long. On Thursday I was tired. I got home from work and didn't leave my bed. I just rested all night. I needed to be able to recharge to make through another work day. They haven't found anyone yet so I am working next week. I'm super happy about my weekends. I have time to rest, play, clean, and do errands. Scott has been helping a lot with things around the house, cleaning, shopping, cooking. It's been nice. We are a team.

We hung out with our friends Jake and Lisa and had a movie night with them Friday night and Saturday night. It was fun. I fell asleep in both movies. Staying up late is so hard for me now with my crazy early morning weekday schedule. Alright I need to get geared up for another full week. 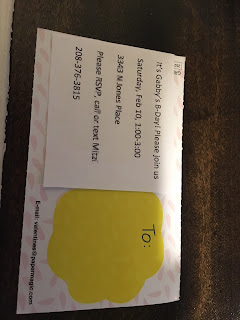 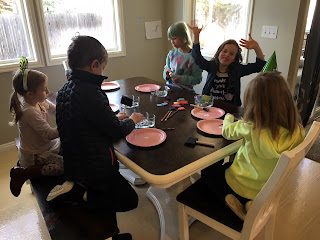 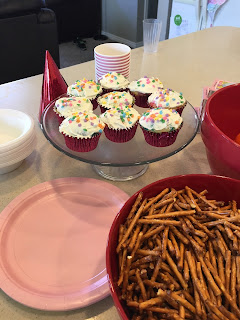 Posted by Mitzi Cannon at 5:40 PM No comments:

My EL job at the elementary was good last week. The good part and also the hard part was that I was teaching lessons all day long. I wasn't expecting that as a para. I have to figure out 6 different lesson plans everyday. Each lesson is 30 minutes and I have 1-7 students at a time. I'm working with very small groups. I just hate figuring out what I'm supposed to do. Luckily I've been teaching English lessons for almost a year with VIPKid so that experience has helped me a lot with this job. They haven't found anyone to fill the job yet so I will be subbing next week as well. The principal asked me if I would sub until they found someone and I told her I could only commit through next week and I'd have to let her know after that. I just don't want to be stuck in a job for who knows how long. So we will see if next week is my last week or not.

On Saturday we went to free zoo day. We normally avoid crowds like that but I really wanted to do something as a family so I thought we should try it out and see how crazy it was. It was pretty crazy but we were there early and by the time we left it was getting more and more crowded. I was ready to GET out of there. After that we went to Big Juds. It was so yummy. We never eat out with our kids so it was a special treat.

I don't care about the Superbowl but I did want to eat the snacks so we got ALL the junk food and we've been watching a bit. I liked the halftime show. Well that's about it. 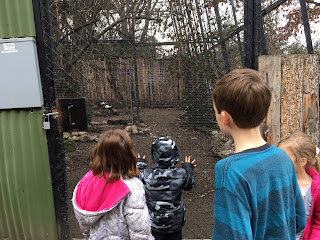 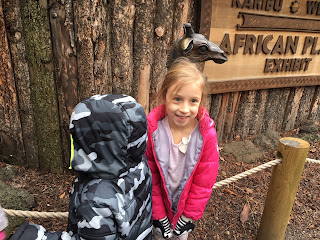 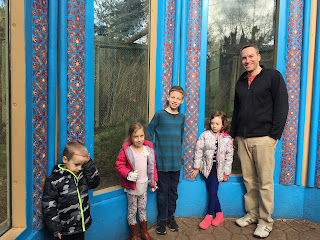 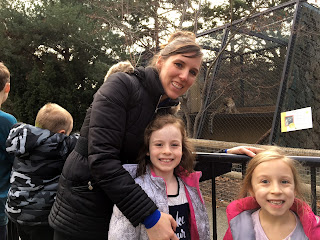 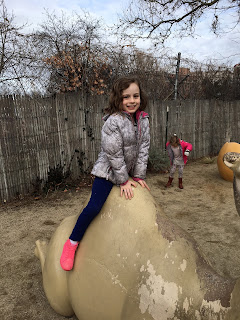 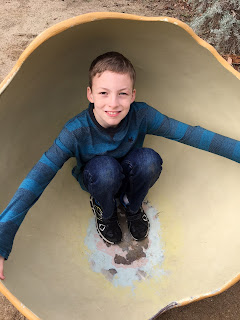 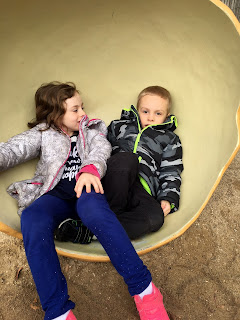 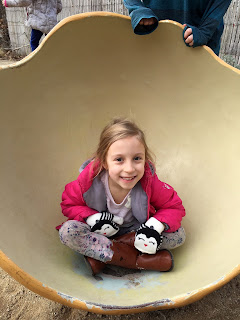 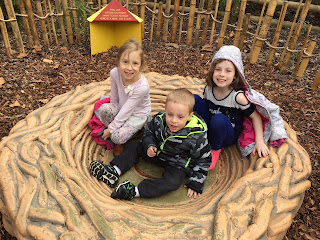 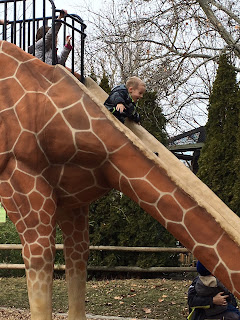 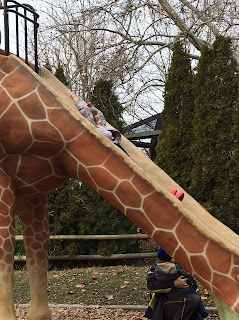 Posted by Mitzi Cannon at 6:18 PM No comments: