I hadn't missed too many details from Scott's trip. They mostly just drove straight back. They spent a little time in NYC but the rest of the time was mostly driving and sleeping. This last week was busy but good. I'm excited that it's Spring Break, I need a break. I have all of these cleaning projects that I want to do but I can't quite muster up the motivation yet. I'm hoping that in the summer I can get some more stuff done.

Coaching was good last week. We lost both of our games which was a bummer. I really thought we might win the second game but things went south fast. Ha. My girls are pretty good at defense but not as good at offense. I hope we can win at least one game but we will see what happens. I am enjoying it even if I don't really know what I'm doing.

The kids are out of school. We haven't done much. I bought a couple of crafts for the girls to do. We will be heading down to Utah for part of the break so that should be fun. I got my haircut and it didn't turn out like I thought and it's a little shorter than I wanted but it's okay.

We got together with some friends Friday and Saturday night so we had a fun social weekend. Well that's all!

Scott has been gone since early Thursday morning. He has a good buddy who bought a land rover in NYC and wanted Scott to go with him to help him drive it back to Boise. Scott jumped on the opportunity for a chance to see NYC and go on a road trip. I haven't heard too many details yet. They hung out and checked out a few things in NYC and spent the night there. The next day they drove to Chicago. Yesterday they drove from Chicago to Cheyenne and they are on their way home now. I'll be interested to hear more details.

I was sick and miserable most of the week. I have three part time jobs right now though. I would stay in bed and get up for one of my jobs and then get back in bed. I had a bad cold/flu situation happening. I decided to call in sick for my Thursday sub job. I was feeling pretty good on Tuesday until I went into work for 4 hours so I decided not to do that again. I felt pretty normal the last few days. Holla!

Basketball was a challenge this week as I was sick and not up to putting much into it. Plus I had to teach them offensive plays (which I had to figure out first). I feel the least comfortable teaching them plays but by Thursday it was looking pretty good. I have 8 players on my team but one of my starting five sprained her ankle at practice (she is out for 1-3 weeks). Another girl got a bloody nose at practice and literally thought she was dying, "am I going to die!" No, you are not going to die! Ha. One girl is wishy washy and is not dependable at all and another girl hurt her ankle at school. Basically I'm hoping for 5 players to just play the game on Tuesday. It should be interesting!

The school had it's annual Bingo Night. I was not looking forward to going alone but it worked out alright. It's a lot easier when the youngest is 4. Corbin actually won a prize and right on our last round Gabby won! She was so excited. Piper of course started to cry because she didn't win a prize and then Gabby cried because she didn't like any of the prizes. I gave Gabby's prize to Piper which made Piper very happy and we bailed with Ryan crying who also wanted a prize and Gabby crying. Time to peace out!

The kids and I had a Hunger Games marathon this weekend. It's been fun!  They have been loving it. We are on the last movie. We are waiting to watch it with Scott who never saw the last movie. It will be perfect. 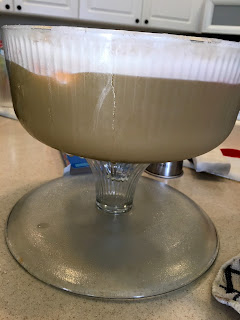 Posted by Mitzi Cannon at 2:22 PM No comments:

I started coaching last week. The first day was try-outs. There are three 7th grade teams and three coaches. The A team coach was kind of in charge and she had no plan and we looked kind of like idiots in my opinion (not hard for me since I know nothing, so I definitely need a plan). We got through it though. The next day the B team coaches further divided up the girls into two teams. The idea was to get them as evenly split as possible so we have two B teams and not a B and C team. It was harder than we thought and we had to continue to make a few changes. Hopefully it's all good now. The rest of the practices went pretty good. I like my team. I only have one girl who is a bit of a slacker. I am definitely in over my head for sure. I can look up a drill and have them do it but when it comes to the nuances of the game that comes with years of experience which I don't have. I'm hoping my cram sessions and plans for each practice will get me through okay. I do think it is fun (when I'm not too stressed about my lack of knowledge) and it's a sweet gig. We only have practice for an hour 4 days a week and 6 games. It will fly by. The pay is about three times as much as subbing so it's awesome. I just need to get through as best as I can and not look too stupid in the process. That's the goal!

Last Sunday I could feel myself getting sick so I rested all day. I was able to keep it at bay and on Thursday I thought I was 100% over it. I woke up with my throat on fire on Friday. I made it through my work day (that ended up being way easier than I planned) and we had our Friday night movie night with the kids. We watched the first Jurassic Park. So far no complaints of nightmares. Yeah! Ha. Scott invited a bunch of his guy friends over to watch a movie and I was able to fall asleep with a loud movie playing which was a miracle. My health was going downhill fast. I woke up feeling terrible on Saturday. I could barely talk. I stayed in bed and on the couch ALL day. I have too much to do during the week to be sick. I can't teach my VIPKID classes with no voice. I was feeling pretty bad by Saturday night and was thinking about going to an urgent care to see if I have strep. I ended up going to bed at 8:00. I slept surprisingly well. I woke up feeling a bit better but I have continued to do nothing all day. I watched a bunch of old school movies, The Cutting Edge, Cool Runnings, and A Cinderella Story. Ha. I am not better by any means but I don't think I will have to cancel my classes for the morning. A bunch of the kids have coughs as well  but they don't seem to be as sick as I am. Gabby had her bouts with fever and Ryan did too but the doctor on Monday said she wasn't sick and it was allergies. He's wrong! She got us all sick. Whatever. 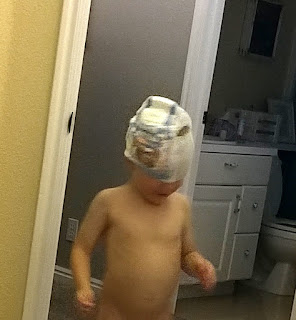 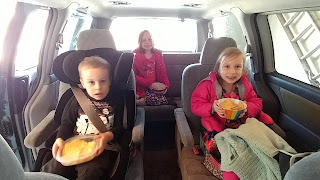 Posted by Mitzi Cannon at 5:10 PM No comments:

This last week was good. My VIPKID schedule filled up a lot throughout the week so that was good. The Chinese kids are getting back from vacation and getting back to being overachievers which is good news for me!

The kids are doing good, nothing much new going on with them. Piper's ear infection has gone down a lot with the antibiotics but not completely. I think we will have a follow up appointment this week  Every Friday night has been popcorn and movie night with the kids but in the past the kids have mostly watched a kid movie on their own but lately we've been able to watch some older movies and it's been a fun family bonding time for all of us.

Scott and I were able to meet with friends on Friday night and play games and watch a movie with other friends on Saturday night. Gabby has a cold and I'm starting to get it. I've been resting all day and drinking lots of liquids trying to nip it. I'm already feeling a bit better which is good because I have a big week next week. I start coaching tomorrow. I feel like I just need to start doing it to figure it out. I've been reading coaching for dummies and watching you tube videos but I just need to do it to learn it. Hopefully I learn fast and I'm not a total idiot. Wish me luck!


Posted by Mitzi Cannon at 3:56 PM No comments: