We stayed in Utah until Wednesday. Monday Scott and I spent the day car shopping. We did research online and then headed up to Ogden and picked up a van. It's 8 years newer than our old van. It's still old and might be a lemon. Fingers crossed. Tuesday was pioneer day and we swam in Sarah's pool (Clark's girlfriend). After that some of us went to Incredibles 2 and the rest went to Ant Man 2. We then had burgers with all the good stuff and Jeff's homemade peach ice cream. Yum! The fireworks show was especially intense as some of them sent out sparks farther than expected! On Wednesday the kids had one last hoorah and played on the slip and slide. We headed home and our "new" van drove really well.

Nothing much else has been going on since we've been back. I tried to teach as many classes as I could to make up for my vacation time. I've put in an application with two other companies and haven't heard back yet. The one company said they get hundreds of applications a day. I don't know if that's true but teaching ESL online is a popular gig. I just checked with the one company and an interview slot opened up tonight at 12:30 am. I don't think I can handle that especially since I'm getting up early to teach. Ugh. I think I'll keep hoping for another opening.

I took the kids to play at the river on Friday and we floated the ditch at DeMeyer park today. I can't believe it's almost August! Crazy. 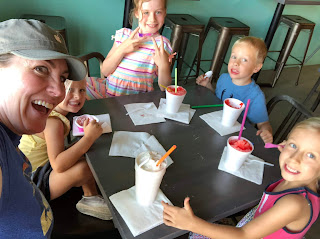 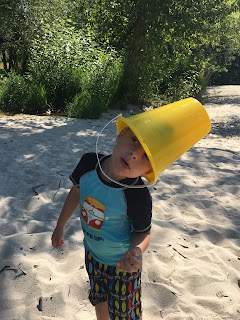 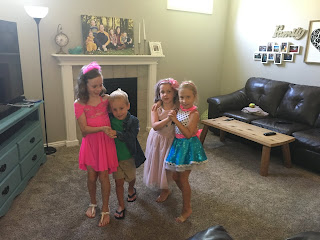 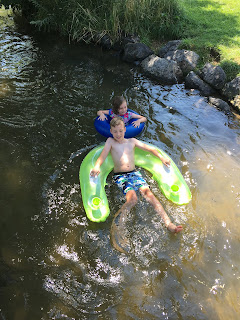 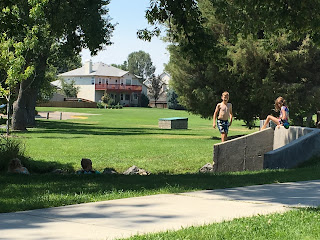 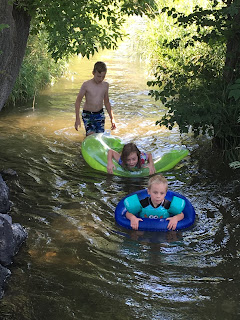 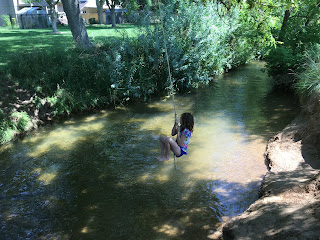 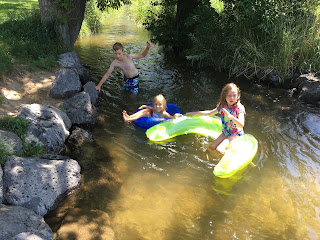 Posted by Mitzi Cannon at 8:33 PM No comments:

I've continued to make improvements on my classroom. I wanted to hang my calendar up so I had to hot glue a piece of wood to the back of my screen door. Then I hot glued some metal  on the front of the screen so I can use it to hang magnets on if I want. I also moved it to the other side of the room. Now I can sit straight forward instead of at an angle AND I can actually use more of my background. I also bought a new lamp and my lighting looks better. Things were looking good for my interview with USkid. I had my interview Wednesday night. I got turned away because my teacher license is expired. I got the feedback from my mock class and it was good so that made me happy at least. USKid is the only company that requires a teaching licence. I was hoping that my expired one would be good enough but it was not. Now I'm doing research for the next company I want to try.

We headed down to Utah for our summer visit to Scott's family. Our car started acting up just a little bit before the rest stop by the Utah/Idaho border. When we stopped at the rest stop and tried to go again our car was not sounding good. I said we should probably stay at the rest stop but Scott thought we should just see what happened. What happened was our car broke down about 2-3 miles later. Luckily we were close to the rest stop! We started walking and after about 10 minutes a family stopped and helped us get to the rest stop. That was sooo nice of them! We then hung out for the next 3 1/2 hours waiting for help. Luckily I had some snacks and water. Nicole and Rustin were trying to find a dolly to pull our van behind them and it took awhile for them to find one. Jeff wanted to just pull us with his tow rope and I said we would stay the night at the rest stop before we did that. We got towed one time behind Jeff when Corbin was a baby and it was terrifying and dangerous and I said never again! I'd rather walk my kids into the Salt Lake valley like our ancestors than get towed again. We were so happy and grateful when they got there and they brought food! KFC never tasted so good. We got to Scott's parents house around 11:30 pm only 9 hours from our departure time. Ha! We still aren't sure what's up with our van, we might be buying a new one before we go home.

We have been swimming and hanging out. Today has been a Harry Potter marathon day. I think we are going to have a picnic in the canyon tonight. I can't wait for that. Well that's about all. Wish us luck at finding a way back to Idaho! 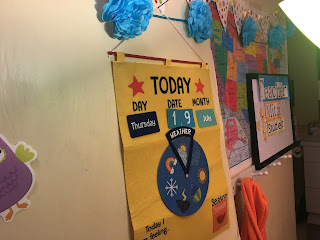 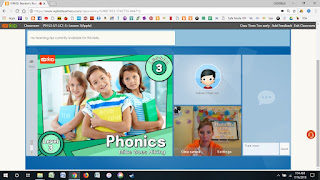 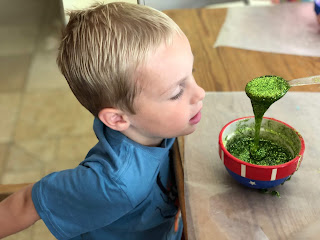 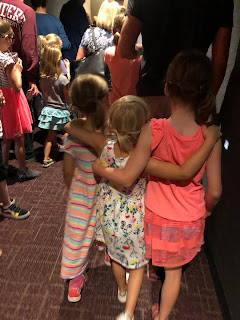 Posted by Mitzi Cannon at 3:27 PM No comments:

Summer is going by pretty fast. I do have to say though that each day is long and loud! The Boise heat has come. My bookings are frustrating me at VIPKid so I'm looking into to working for another company as well to help fill my slots. We will see what happens. I have a job interview this Wednesday for USKid. If it doesn't work with them I'll try another. There are a lot of ESL companies now. I got an online TESOL certification over the weekend. I'm not sure if it will give me a higher pay bump or not but I figured it was worth the few hours lost if it does.

The kids are keeping cool by eating their body weight in otter pops and swimming every chance we get.

I finished one of my summer goal projects. My collected recipes from online and friends were a hot mess. I literally took an old notebook Corbin scribbled on every page as a toddler and used that to paste my recipes in years ago. I finally retyped and printed out the recipes. It's better than it was!

Today for our family activity I thought it would be fun to hike the trails at Camel's Back Park and eat a breakfast picnic. It was a beautiful morning.

Well that's about all.

Posted by Mitzi Cannon at 2:35 PM No comments:

We enjoyed our week last week. On Monday we finished packing up and headed to my sister's house in Rigby. After the drive we hung out  for a while and waited until it was time for some of us to head to West Yellowstone to watch "Newsies." We ate at Fiesta Ole on the way, my favorite! When we got to West Yellowstone we got some ice-cream before the show. It was sooo good! The play started late and was too long. They definitely could have cut out some of those boring songs! Ha. Overall it was great though. The dancing and upbeat songs were the best. We had a good time gabbing on the way there and back. I was exhausted though having gotten up early and having spent about 8 hours in the car that day. Boo. I had a rough night sleep but by some miracle I was able to fall back asleep sometime in the morning and I slept in until past 11:00! I don't know the last time that happened. I don't like sleeping in late but I really needed the rest and I was so happy I was able to sleep in. We just hung out at Trisha's house that day.

On the 4th we headed to Arco and hung out at the park until the parade started. I love Arco parades, short and sweet (literally). Ha. We mostly visited the rest of the day and the kids played with their cousins. We had a combined dutch oven dinner that night. SOOOO GOOD! We watched the fireworks at my aunt Alison's house. She lives right next to the number hill so we had front row viewing. I love Arco fireworks too. Not too long or too short AND the mountain always starts on fire every year so it's always entertaining to see how big the fire will get. Ha. Ryan was tired and fell asleep in my arms before the fireworks started. It was pretty cute to cuddle my sleeping boy.

The next morning most of us headed to go and hike Lower Cedar Falls. My parents only recently discovered this hike in the last few years and I've never been able to go. We were headed up and discovered we had a flat tire so Scott stayed back and took care of that and the rest of us headed to the hike. I should have left Ryan with him! We started too late and it was HOT. Ryan lasted about 5-10 minutes before he was begging to be carried by piggy back. Trisha held back with me and helped her 5 year old as well. After 45 minutes I was done! We turned around. I ended up hiking for about an hour and a half in the hot sun with a 4 year old on my back with interval crying/walking on his part. It is a good hike. Next time I'm going earlier and without Ryan! After the hike we had lunch and headed back to Boise.

Overall it was great trip. We are happy to be home. 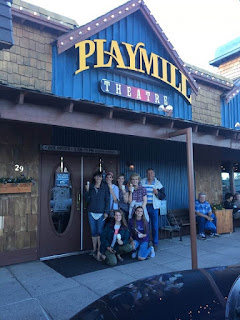 Posted by Mitzi Cannon at 11:02 AM No comments: