We mostly hung around the house during Spring Break until Thursday.  I did take the kids to the library and to the new Mary Poppins movie at the Dollar Theater. The kids couldn't wait until Thursday so they could get to Nana and Papa's house already! The drive down was fine. We made it for a late lunch at Hires. The weather was beautiful on Thursday so the kids had a blast playing down the hill in Rustin's yard and playing with the chickens. Rustin also set up a zip line and the kids had fun going down that. It was good the weather was beautiful on Thursday because we woke up to inches of snow on Friday. Annoying! I went to my eye doctor appointment to see about lasik surgery. It turns out I'm not a candidate for lasiks because my corneas are too thin so I will have to do a different kind of procedure that has a longer more painful recovery. I'm not happy about that but what are you going to do? I scheduled my surgery for June. I'm kind of nervous about the whole thing. We will see how that all goes! Scott and I left late Friday afternoon to spend a couple of nights at the Zermott hotel. We were planning on doing just one night but that didn't feel long enough. One night feels to rushed to actually relax and have a good time so we opted to go for it and stay for 2. We had a great time!The kids had a blast having all manner of adventures. Now it's time to get back in the swing of things. Full speed ahead! 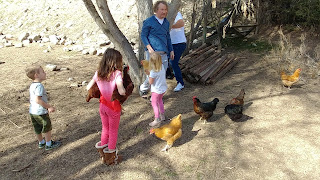 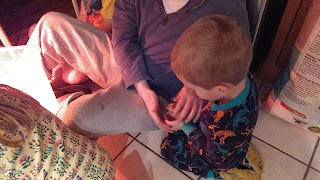 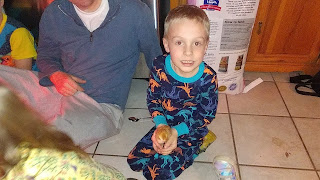 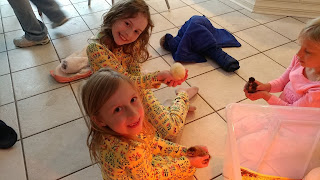 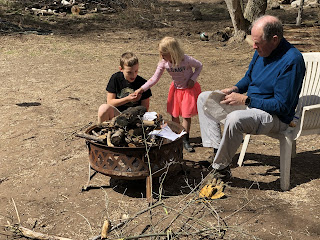 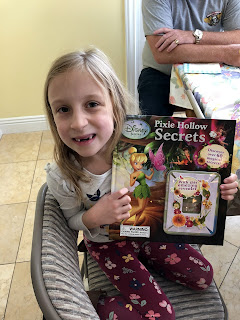 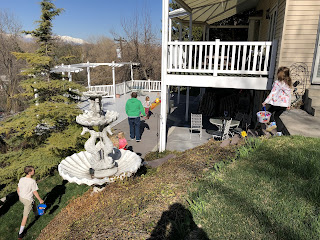 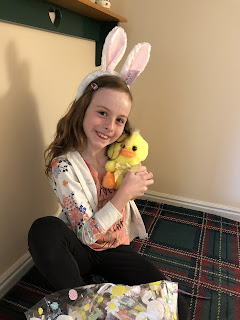 Posted by Mitzi Cannon at 6:23 PM No comments:

A Little Bit of Showbiz

We had a pretty busy week. My girls had their first two basketball games. We lost the first game by 3 and my star player scored 2 points at the end of the game for the other team. Ha. We won our second game 34 to 22 I think. We will see how we fair after spring break. Hopefully they won't lose all of the progress we have made.

Ryan's recovery went pretty well. He would cry at breakfast a lot of mornings and grab his head. It was kind of strange. I'm not quite sure why he would grab his head. Who knows? He also woke up in the night crying from pain three separate nights. Other than that he was pretty okay. Less energy and a little more grumpy. He seems back to normal now. His pitch is a little different when he talks and he's much more mumbly. I hope that changes because it is driving me nuts.

Gabby has been going to play practice for the last 8 weeks. She had her performance on Thursday. It was about how you would imagine a group of 4-10 years old's practicing once a week for an hour would be like. Ha. Gabby was a little more shy than I expected in her performance but it was her first time doing a play. It was very short. I think she really enjoyed the experience so I was glad she was able to do it. I think they may have a summer camp of some sort and I'm sure she will want to participate.

The kids didn't have school on Friday and no school next week for Spring Break. I am not motivated to think of activities for the kids to do. Ha. We will see if we do anything. We will probably go to the library and park but aside from that I'm not sure. We are headed down to Utah on Thursday for a quick visit. I am going to a doctor's appointment to see about getting lasik surgery. I have to wear glasses all week which is going to kill me! I hate wearing glasses so much. Ha.

Last night Scott and I snuck away and had dinner at Freddy's. It was our first time eating there. I thought it was good! Later we went and watched a movie with some friends.

Well that's about all. 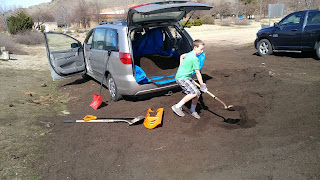 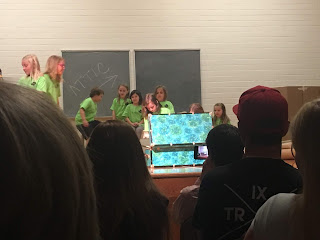 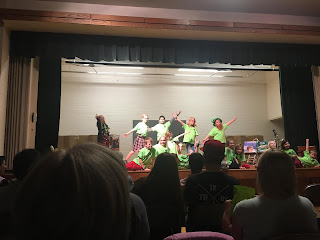 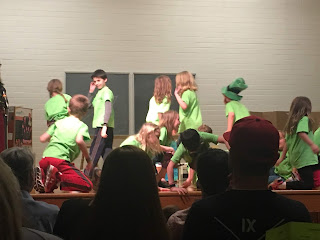 Posted by Mitzi Cannon at 4:06 PM No comments: 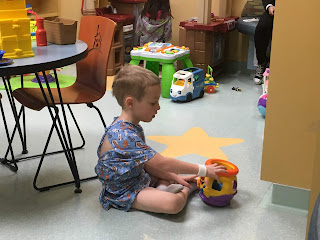 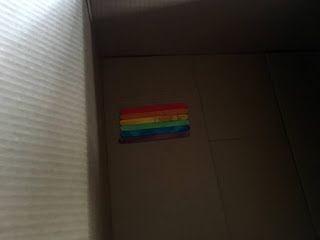 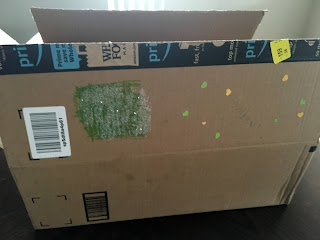 Last week went pretty well. I had to run try-outs and the parent meeting but it went okay I think. We picked the teams on Friday. It will be interesting to see how it goes. Keeping my fingers crossed it goes okay.

Nothing much else going on. Just the same old same old. On Saturday morning Scott and Corbin went to Captain Marvel and I took the other three kids to the "far away library." There's a library that's 15 minutes away from our house and the kids like that one much better than the one by our house. We haven't been there in forever. The kids acted like we were in Disneyland. Ha. Last night we had a movie night with our friends. It was fun. Today we went to the park and played some b-ball. Good times.

Spring forward actually means I can go to bed later and get up later. Woot. Hello bedtime 9:00 instead of 8:00 and wake up time 4:45 instead of 3:45. I'm pretty excited about that. 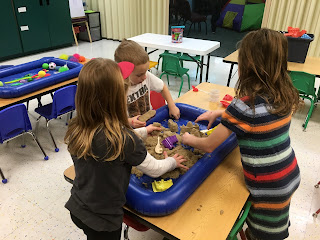 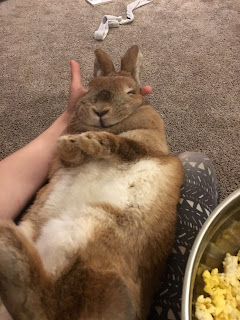 Posted by Mitzi Cannon at 6:51 PM No comments:

Nothing new happening around here. I'm feeling tired and run down. I closed some of my teaching slots in the coming weeks. I am burned out! If I feel better I can always open more slots later. Basketball starts this week! I am in charge of try-outs and the parent meeting. I will be happy to get those things done this week. The athletic director approved me having morning practices sometimes but not everyday. I will have morning practices Monday and Wednesday. I am so excited! That will really relieve some stress no doubt.

Scott had a busy week at work and got quite a bit of overtime last week. One of his co-worker's sister died unexpectedly so they were short staffed all week. Her sister just died in her sleep and she was young. So sad! Her husband tried to wake her up when the baby kept fussing and she was dead. Horrible!

My sister came to Boise with some of her kids because her husband wanted to come and watch State Basketball games. She and some of her kids came over for several hours yesterday. It was fun to hang out with her and our kids had fun playing with each other.

We went late night bowling last night with a bunch of friends. I had to get up and teach a few classes and then I went back to bed and slept in until 10:00! Crazy! Ha. I. need. sleep.

It's March and the last three days have been sunny. Peace out snowy, cloudy February!

Posted by Mitzi Cannon at 3:17 PM No comments: