I had a great week at home. Gabby was sick all week, opposite of great for her. She had an upset stomach for about 6 days. She barfed a lot only on a couple of the days but she was not feeling well for days. She missed most of the week of school. I didn't feel like I could sub because I wasn't sure when she would be well. It thoroughly enjoyed not subbing last week. I took full advantage and finished the girls room and scrubbed down my kitchen! I've been wanting to give my kitchen a good scrub FOREVER but not enough to actually do it. I finally did it! I scrubbed it down for 4 hours. It was disgusting. In the girls room I finished painting the pink wall. It only took me 4 different paint samples and an entire day painting all of the mistakes to find the perfect shade of pink. I did touch up on the other walls and touched up the baseboards. It looks nice! Then I bought some wall decor and put it all up. I love it and the girls love it! Yay!

I've lost steam unfortunately. I'm hoping I can regain my energy boost and touch up paint the rest of the house. I can do it! The kids are on Thanksgiving break. I don't have any plans other than going to my parents house over night. Hopefully we don't lose our minds with boredom this week!

Scott has been working hard on the shed, putting up dry wall and taping and whatever the heck else he's doing out there. We are close and far away. 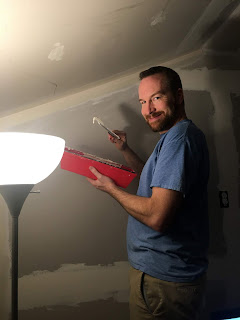 Posted by Mitzi Cannon at 4:15 PM No comments:

I survived the week! Hooray! No more 4:00 am classes plus subbing all day plus 3 basketball games for me! Luckily the sub job I did all week was a bit easier than I anticipated. The teacher teaches resource room math, which math in itself stresses me right out, but also I wasn't sure how manageable the classes would be. Luckily her classes were all small and most of the kids were pretty well behaved. It was an endurance test all week for sure. I didn't get home until 6:30 or 7:00 pm 3 of the nights. Oy! Glad it's done.

Luckily my b-ball boss was cool to me on Monday and it was clear that I'm not coaching in the spring and he didn't bug me about it anymore. Phew!

Corbin had the barfs all night Thursday night and Gabby is sick now. I wonder who and when the next person will be down for the count.

I'm in the middle of trying to redecorate the girls bedroom. I've been busy painting all weekend. After two failed paint samples I think we've found the winner. It's a little darker on the wall than it looks on the sample paper but it's good enough. Hopefully it doesn't look too much like pepto bismol. Speaking of pepto bismol my stomach feels skethcy but I can't tell if it's just in my head.

This week will be much easier. I'm only teaching 1 VIP class a day and I'm only going to sub on Thursday and Friday. Praise Be! 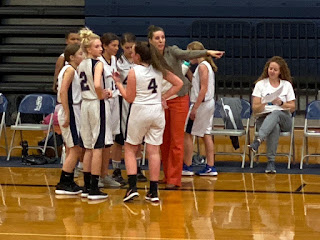 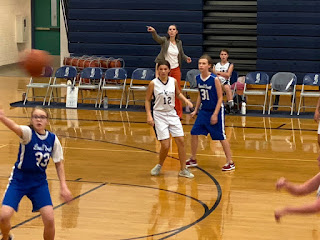 Posted by Mitzi Cannon at 6:55 PM No comments:

Well, it was a crazy week as usual and I hit my limit. I was sitting in the locker room with Lana exhausted trying to get through my 12-hour workday and talking things out with her. I decided I was going to cut way back with VIPKID, basically take a possible permanent break. I'm not sure though so I'm just going to teach one class a day to keep my options open. The Chinese government made new regulations that don't allow kids to take classes after 9:00 pm which is probably good honestly but it cuts an hour of work for the teachers. An hour is a lot when you only teach for a few hours anyway. So now I have to get up earlier and make less money and it's killing me. Getting up at 3:45 is the worst! So I'm taking a break. I'm locked into my early morning schedule for the next week, I can do it! Doing all of these different hustle jobs is seriously making me consider just getting a full-time teaching job. Working full time might be easier than what I'm currently doing. I decided I was done coaching as well. I told my boss on Friday that I didn't think I could coach the 7th-grade girls this spring and he did not take it well. He was not professional about it at all and tried to guilt me into it. It's not going to work. He has 4 months to find a replacement. I'm going to write him an email saying explicitly no because I think he will try to guilt me into it otherwise. Nope! I mostly just want to sub because it's something that I can do during the day when my kids are at school and it might help me find a good full-time job. We will see what happens. Now that all of my kids are in school it feels like a good time to transition to something else. Who knows what I will decide I just know I'm done being torn in so many different directions. The end!

At the end of a very long day on Tuesday, I had to rush all the kids to go to Corbin's band concert. It was cute though because the kids had dished themselves up some soup ahead of time and Corbin had told Ryan and Piper to get their shoes on to get ready to go. They are such good kids! Corbin's concert was cute. He plays the trumpet. A teacher who teaches that many 6th-grade kids band is really something!

Wednesday was my birthday! I bought some cereal Corn Crunch that used to be called Corn Bran. I love it! It's the cereal that my grandma used to have when I was a kid. Love it! We also had bagels. Scott heated me up some of his famous hashbrowns,  that he made for me on Sunday. He also made me his delicious stir fry on Sunday as an early birthday celebration. Later that day I ended up going shopping and to lunch with a friend. I then had a basketball game. We won! Happy Birthday to me. Another friend had made me her delicious soup and bread for dinner so I came home and had that and shortly after went to bed.

On Thursday we had another game that we won. I had a sub job that day that I had canceled on Tuesday when I was feeling overwhelmed. Hallelujah! On Friday I had a super easy half-day sub job that was for a keyboarding teacher. I was able to prepare all of my lesson plans for my VIP classes next week during the sub job. That is THE best. That night we went to a Japanese grill with our friends and then they came to our house to play games. It was super fun.

I have a crazy terrible week coming up that I have to get through it day by day. I made three dinners ahead of time on Saturday to get ready for it. I also just did a bunch of chores around the house that day. Today I'm just trying to gear up and get ready for my "terrible, horrible, no good very bad [week]." Wish me luck!

Posted by Mitzi Cannon at 2:05 PM No comments:

It's been a fun filled week! Ryan's birthday was on Tuesday. We had Little Caesars pizza for dinner and carved pumpkins (meaning I carved 4 pumpkins!) and watched Hocus Pocus. I'm not carving 4 pumpkins next year! I think we may need to paint pumpkins instead (and by we I mean the dang kids). We had cake and Ryan opened presents. He was a cute little birthday buddy. Scott and I went on an impromptu movie date night later that night as well and it was super fun.

On Halloween I had my first basketball game. It's such a relief to get that first game out of the way. We lost but it was a close game throughout so that's good. We have two more games this week. When I got home we went trick or treating with the kids. It was so fun! My kids are at really fun ages. I love it. I also love that we do a really short route but we get a lot of bang for our buck! It's not a very busy neighborhood so at some houses they will tell my kids to take several handfuls. It's like going to 10 houses at once. Love it! We get home after a short time and the kids get plenty of candy. It's the best. Plus it was cold! We were all happy to get home quickly.

On Friday after basketball practice I did a few things around my house and then headed to Rigby to help my sister paint. We were talking several weeks ago about getting together. We were trying to think of what to do and Trisha said she was wanting to paint her basement and I said that was perfect! Trisha and I aren't hang out people as much as we are project people! It's really fun for us to get together and work on a project together. My mom and sister joined in on the fun. We painted for a few hours and knocked the project out so fast! My mom made me an early birthday German chocolate cake! So, so good! We watched a movie that I slept through and later went to bed. I really don't get enough sleep. The next day we went to breakfast together. My breakfast was SO good. Yum. Then Trisha and I headed to the fabric store to pick out some fabric. Trisha made me a quilt when I got married and I've been using it on my bed ever since. It's starting to fall apart. I asked her if she would be willing to sew me another one and she said yes. I'm very excited. I hope I made good fabric choices. I will be excited to see it when she's done. I've given her an indefinite time line so I'm not sure. Who knows maybe it will be a birthday present next year. Until then I'll just use the one I have. After that I drove back home. I was actually glad we finished so quickly because it was nice to be able to go and have fun but still get back and have some of my weekend to relax and get a few things done. It was perfect!

This coming week should be a doozy. I need to pace myself big time.