I have to go back to work in less than 2 weeks. Eek! I can't think about it. We have been spending the last few weeks going swimming and to the parks. I am not sure if I will finish my house deep clean. It will all depend on my mood. My summer break is almost over so I just want to take my kids swimming and see if I can read a few books. I did pay Gabby to reorganize the boys' room and she did a great job. I did a long run last Wednesday and ran 16 miles. 16 miles! It's so far and takes so long. My knees are still bugging me. I'm trying to be as careful as I can while I abuse my body by running way too far. Fingers crossed I can do it without lasting damage. After that I took the kids to Wahooz for 5 hours. What a day that was! Today we went white water rafting with some of our friends. It was so fun. It was also great to spend some time with Jaynee and Anthony today. They are some of our favorites and they are moving to Texas in less than 2 months. BOO!  We left our kids home while we went and we came home to a perfectly clean house. Gabby made her siblings waffles and eggs for breakfast and then she had her siblings do their weekly jobs. The house looked perfect! She even rearranged the fruit basket. That was a wonderful surprise to come home to. My kids are the best! 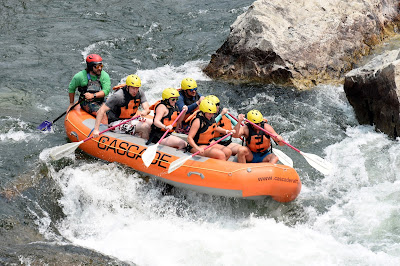 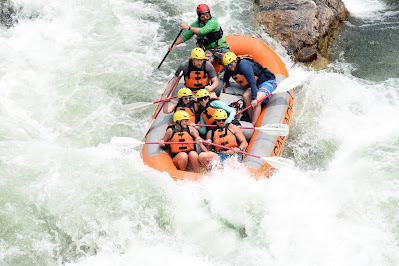 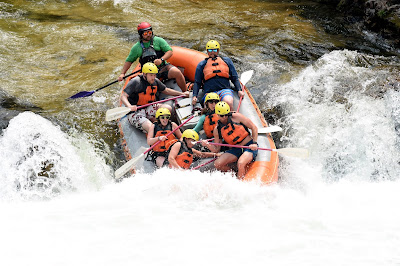 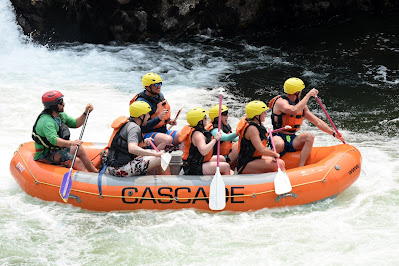 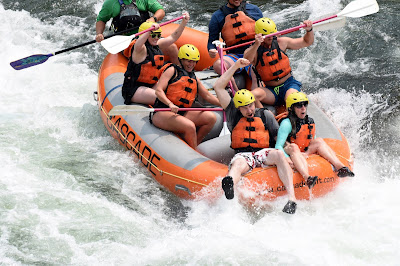 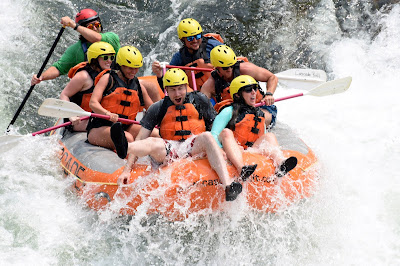 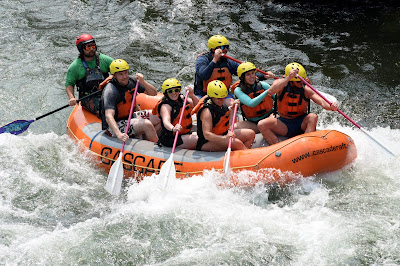 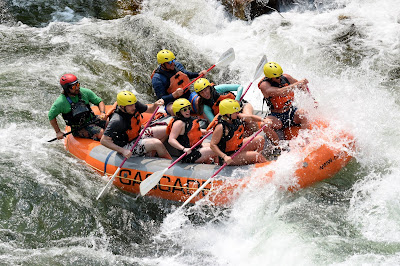 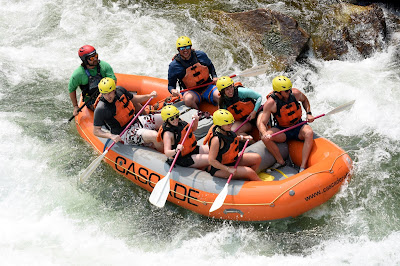 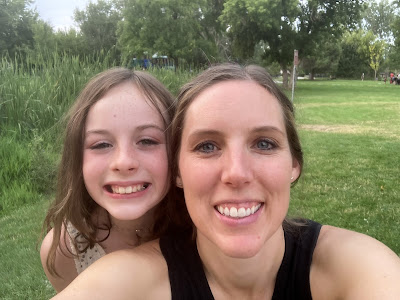 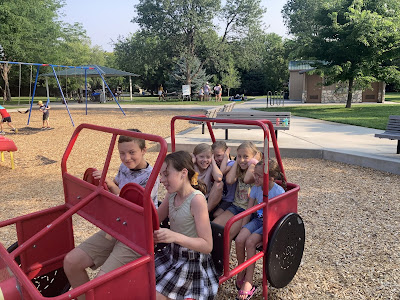 Posted by Mitzi Cannon at 6:25 PM No comments:

For our Cannon family vacation this year we celebrated the 4th in St. George. Rustin and Nicole were generous and rented an amazing house for us all to stay in. The BEST part for me was that somehow Scott and I got the room set off from the rest of the house. It was so amazing to escape to a quiet cold bungalow. We especially loved blasting the air at night. It was bliss! We drove straight down from Boise on Saturday. Our kids do really well in the car. We spent the week eating, swimming, watching tennis, playing golf, playing games, reading books, playing with cousins. It was a great time and so much fun to be with the Cannons.
My vacation stack has ended and now  I've been focussing on trying to get in summer activities with my kids and deep cleaning my house. I'm trying to take each section at a time and clean it from top to bottom and dejunk. So far I've finished my closet and bathroom, my bedroom, and the girls' room. I hope I can keep up my steam and do the whole house. Luckily my house is small. I'm also knee-deep in marathon training. Why did I sign up for this? Hoping to do a 16 mile run on Wednesday, already dreading it!

It was time for another meet up with my roomie/bestie from college Jenny! Last time we met in Vegas, this time we met in San Diego. We arrived at almost the same time on Saturday morning at the airport. We picked up the rental car and headed up toward LA to go to Downtown Disney. Jenny and her husband are obsessed with Disney and we had some time to kill so we just headed there to check it out and have an overpriced lunch...which was good at least! Ha. After that we drove back to San Diego and checked in to our hotel and went and bought ALL of the snacks. We later hit an In-N-Out as per tradition and that was our Saturday. On Sunday we went to Coronado Island and hung out at the beach and had lunch. That night we went to Old Town San Diego for dinner. On Monday we went and did a hike at Torrey Pines and tried to get lunch afterwards. You would not believe the difficult time we had to find anything for an hour! La Jolla does not have a lot of fast food or any food that we could find. We FINALLY found a giant mall with a food court. Huzzah! We both voted that was the worst part of the trip. That night we got ice cream at Downtown San Diego and weren't too impressed to keep hanging out down there and went and had dinner at Seaport Village that night we watched Bachelorette together just like in the old days! On Tuesday we hung by the pool until we had to get ready to check out and head to the airport. We were there plenty early and were sad to find out that our flights were in separate terminals and we couldn't hang in the airport at all, which was sad.

My flight home was first to Seattle and then home to Boise. The flight to Seattle was overbooked and they were offering vouchers for $1,500! Even though I didn't have any reason to not hang out for another day I certainly didn't want to go spend another night in a hotel in San Diego by myself for a flight the next day. Luckily my big brain thought how I didn't need to get to Seattle so I asked them if there were any other flights to get to Boise. It took her a hot minute to figure it out and by hot minute I mean much longer than a minute BUT she found a flight to Sacramento (last seat first class) and then onto Boise. The kicker is I only arrived in Boise 1 hour later than I was supposed to WITH a $1,500 voucher! Oh Yeah!!! I'm definitely brain storming a family trip to take in the next year before the money expires. WOOT! 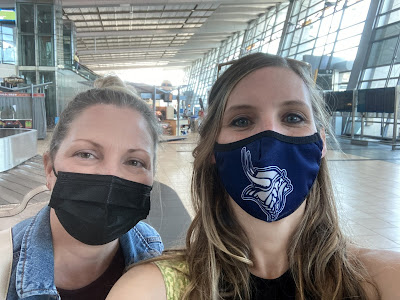 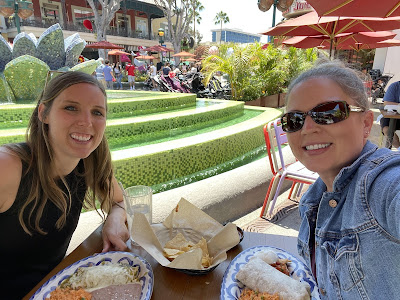 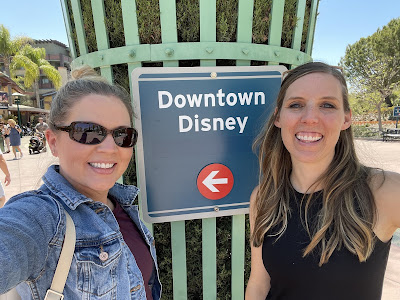 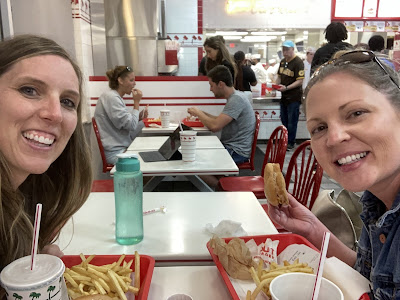 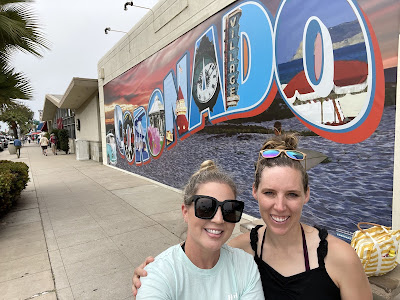 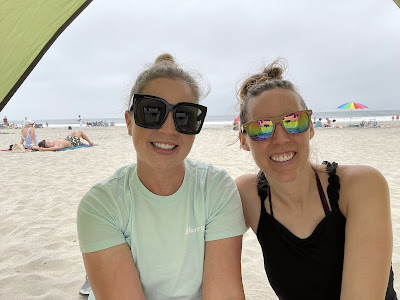 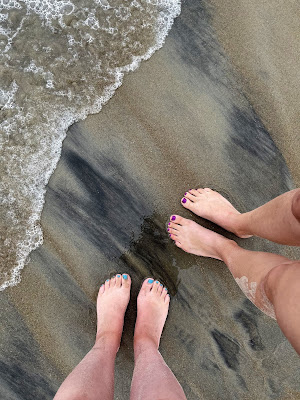 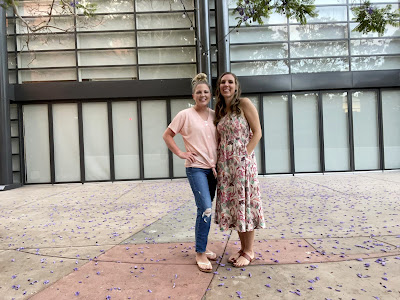 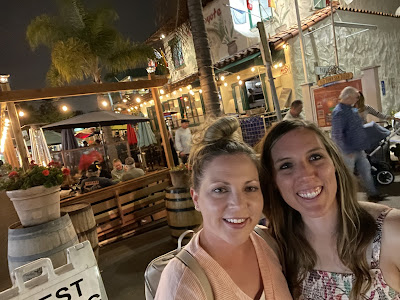 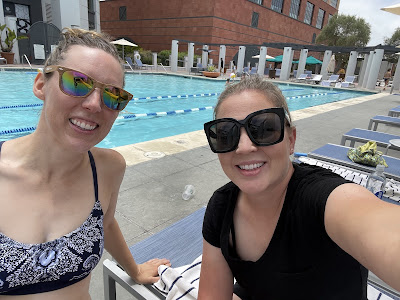 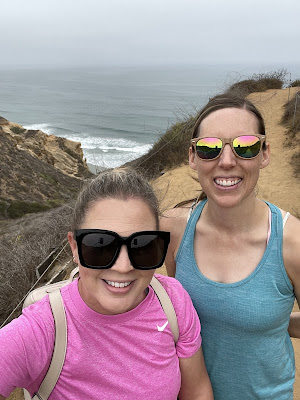 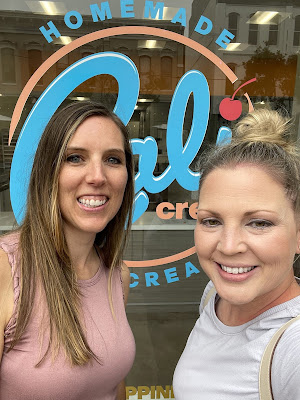 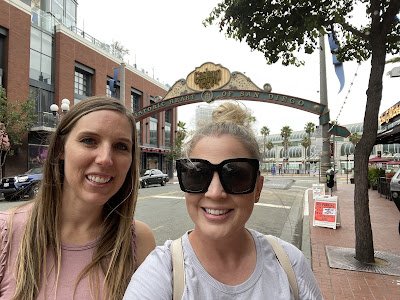 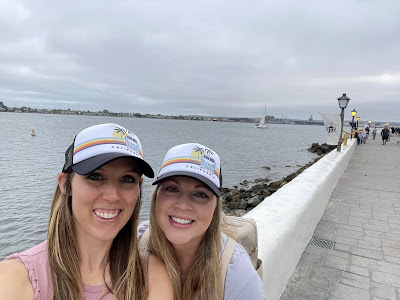 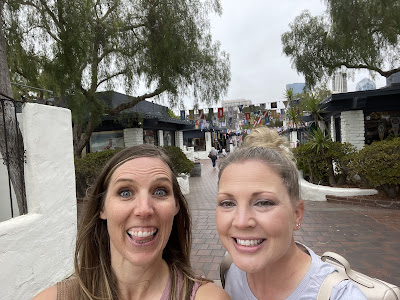 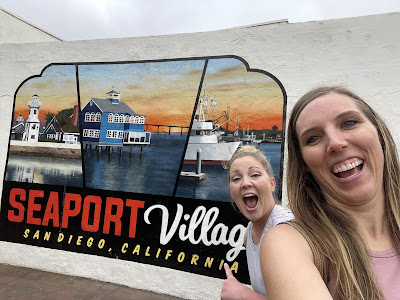 Posted by Mitzi Cannon at 4:56 PM No comments:

My parents celebrated their 50 year wedding anniversary in February and we wanted to have a big celebration for it. My mom has been brainstorming ideas for a few years. They finally decided to have a vacation in a giant lodge in Ashton, Idaho over by Island Park. It was perfect! The house or whatever you call it was HUGE! It was perfect for accommodating my huge family.  We all arrived sometime Sunday evening. That night my mom played a big family history game where all of the siblings had to act out various ancestors and people had to guess who they were for some prize money. I won a dollar! Heck yes, I remembered Mary Thorpe Beal's story. We just chatted after that. Monday morning a bunch of people played around the private pond. In the afternoon Justin planned and executed a big family scavenger hunt. He is the best! Scott and I went to Mesa Falls before dinner with our boys and Trisha and Travis. Right before dinner, we surprised our parents with a song with actions. This is a song my mom grew up with that her dad used to sing. My mom joined right in! The next day several people went to Yellowstone. Some of us went and saw some dude's cabin. Ha. I don't remember and it was something to do. That evening we went to West Yellowstone and watched Newsies at Playmill. My dad first saw my mom for the first time when she was performing at Playmill. The play was excellent. It was way too hot and too long but really well done. The next day we cleaned up and went home. It was a great time! The worst part was that the house had a giant yard and the sprinklers were on constantly the lawn was a marshland and we couldn't play on the lawn. That was annoying! Everything else was great! 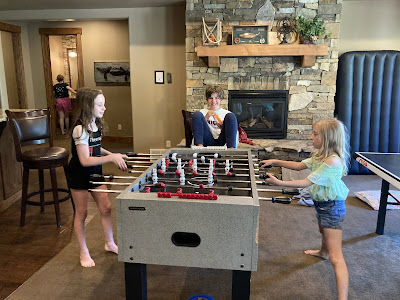 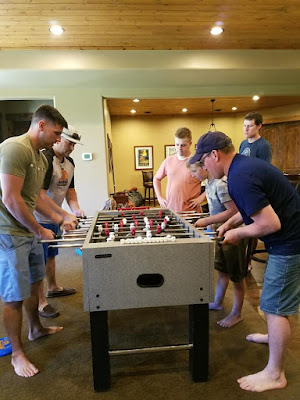 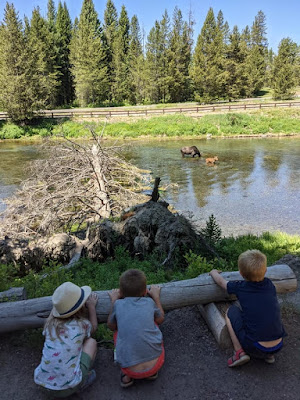 Posted by Mitzi Cannon at 2:44 PM No comments: