As Scott's birthday was approaching he kept saying, "babe, it's my 40th birthday coming up!" He wanted to do something big and special for it but what? He finally came up with a family road trip idea. He planned it. I got a sub and work off and got the kids packed and the rest was all him. This was Scott's trip and we were all going along for the ride. I will say he planned a great trip! It was so fun and he was having so much fun and was so happy to be driving and listening to his music and audiobooks and stopping multiple, multiple times to take pictures. It was great! I was so happy he was so energized by the whole trip and that I didn't have to drive for 1 minute! I hate to drive. We headed out Friday evening around 5:30. It always takes longer to leave than expected for us and I have tried to learn to ROLL. WITH. IT. We made it to Salt Lake and ended up chatting until 1:00 in the morning before going to bed, Scott talking with his parents down stairs and me talking to Noel upstairs. Ha. We slept in and hung out for a bit. My steps challenge ended on the trip so I had to walk a few miles that morning to make a dent in my steps anyway. Colie and Rustin and Nana and Papa decided to caravan with us and join us in Bryce Canyon for the day. It was so fun to have a little extra time with them. A lot of it was driving in separate cars but we did get to get out at each overlook and take pictures over and over and over again. We also had lunch in Fillmore and ice cream in Panguitch. So there was some hang time. The last stop at Bryce Canyon had a really cool hike that a bunch of us went on. We tried to go to subway for dinner on our way out of Bryce but it was closed so we had to go to the tavern/diner right next door. It wasn't amazing, but it wasn't bad. After dinner we went our separate ways and those guys must have made it home really really late that night as they had a much longer drive ahead of them than we did. We drove for about an hour to Kanab, UT where we stayed for the night. We rolled into Kanab around 11:30 pm. Our hotel room was a tiny cabin with 3 queen size beds. It was pretty awesome!

Sunday morning (as has been decided was my favorite day) we got up and hit the road pretty quickly. This day had a lot of stops to see a bunch of different things. First stop (I think) was the Toadstool Hoodoo Park. This was a cool hike. It was about a mile to the destination so it was perfect. The hike ended with lots of really cool hoodoo rock formations. After that hike we loaded back up and headed onward. We stopped and checked out Lake Powell and Glen Canyon Dam.  The next stop was Horseshoe Bend. This hike was a bit harder because it was in the afternoon when we were more tired and the temperature was hotter. It was again about a 1 mile hike to get to the horseshoe bend lookout. It was really cool but  we were all a little too hot and too tired by that point. We then continued to make the most beautiful drive to Sedona, AZ. The last hour was through a canyon and it was breathtaking. Scott had to stop about 20 times to take pictures. We got to Sedona around 5:00 that night. Sedona is so beautiful. I would love to go and visit again. We stayed at a great hotel that had a golf course connected to it right next some red mountains. It was beautiful! The kids went swimming and we ordered pizza for dinner that night.

The next day Scott wanted to get up and take pictures so I took the kids to the hotel restaurant for breakfast. I got to splurge on some breakfast and Scott got to take pictures. It was a win, win. We took our time to hit the road and just enjoyed a slow morning in a beautiful location. We got packed up and drove to the grand canyon. This drive was quite long. The grand canyon was very cool. We went to the main look out and hopped on a bus and saw a few other look outs and headed out. The drive to Vegas felt very long. This day was a lot of driving and other than the ride home was probably my least favorite day. We made it to Vegas around 9:30 pm and stayed with our friends the Ethingtons. We drove by the strip on the freeway and had the kids check out all of the cool buildings in Vegas. We put the kids to bed and Scott and I chatted with Richard for a few hours.

Tuesday was Scott's birthday! The Ethington's played hooky and went to work and school late to hang with us for the morning. We went on a cool hike right by their house in Red Rock Canyon. After that we came back to the house and Cat was making a birthday spectacular breakfast feast! We ate pancakes, eggs, bacon, sausage, and fresh fruit along with a special Ethington Happy Birthday rendition that can't be beat! After breakfast the Ethingtons went on with their day and the Cannons had a hang for several hours. Scott and I both took a long nap and just hung out for a bit. After we were well rested we drove to the Hoover Dam which was about an hour away. After the Hoover Dam we came back and we left the kids at home and Richard and Cat treated us to all you can eat sushi. The things I was willing to try were good! (No shrimp and giant slabs of raw fish for me thanks). It was a great day!

Wednesday we got up early and packed and headed out! It was a long terrible awful ugly drive. I didn't realize that most of the drive would be on a highway. I hate highways! Every time Scott passed a car I had to put my head down and not look. At one point he had to pass about 4 semis at once. Stress! I was so glad he was driving and not me. Right after we left Ely NV our check engine light came on (about 6 hours from Boise) we decided to turn around and check it out. It was just a warning light to get our oil changed so it wasn't an emergency and we pressed on! The kids were amazing in the car the whole time and were such good troopers on all the hikes and all the things. They had a really good time. We all did. The next day at work was rough! Who knew 2 days of work could feel like 10. More on regular life next time. 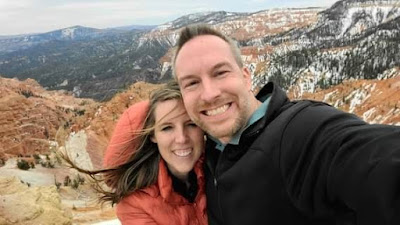 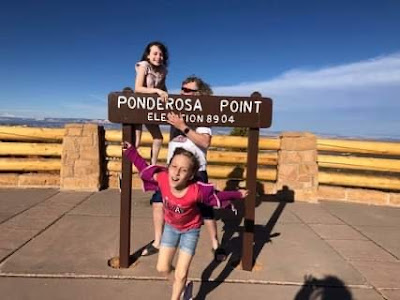 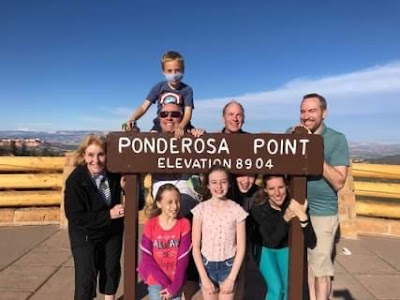 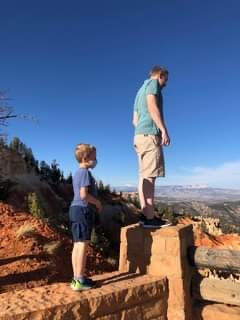 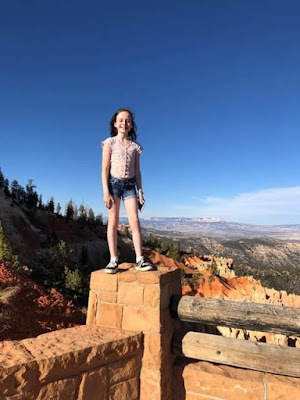 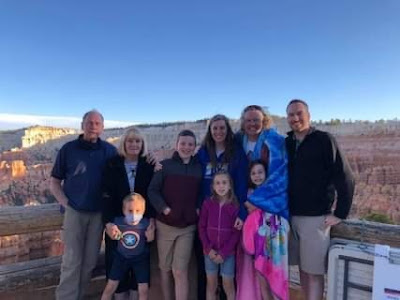 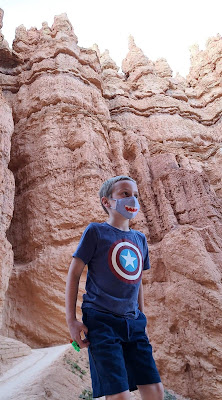 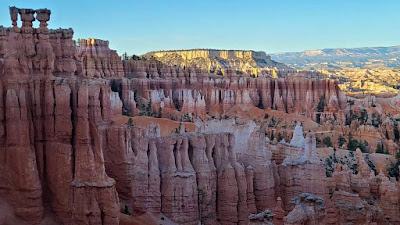 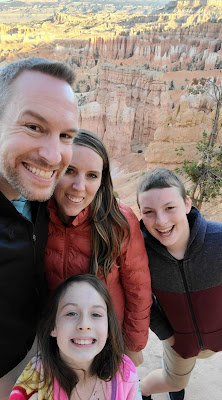 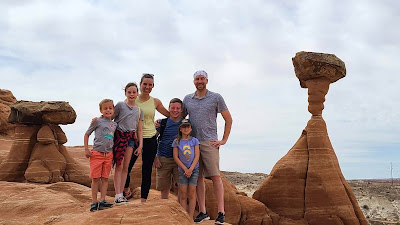 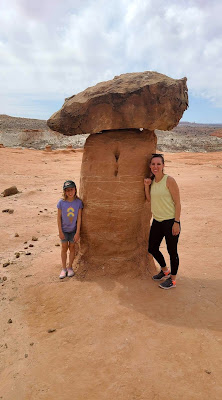 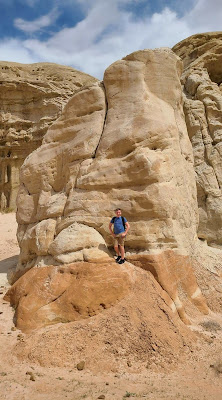 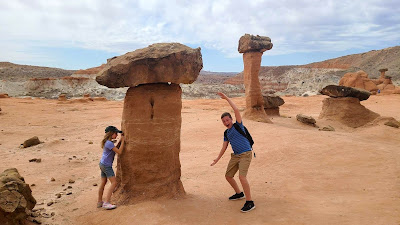 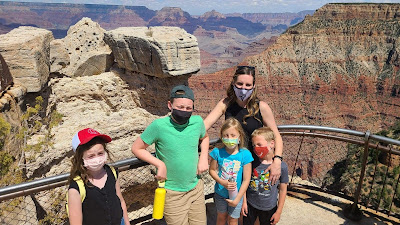 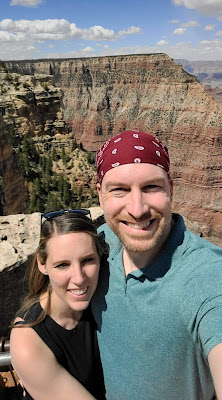 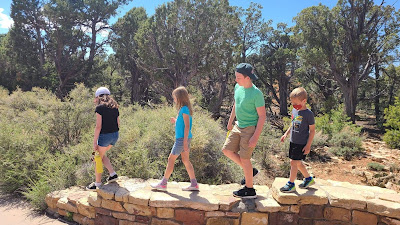 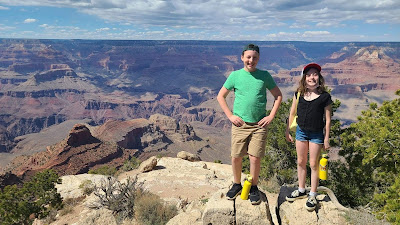 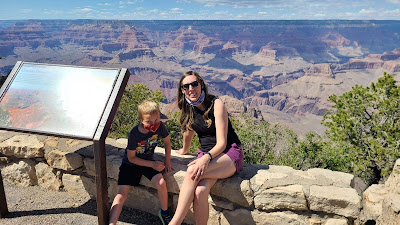 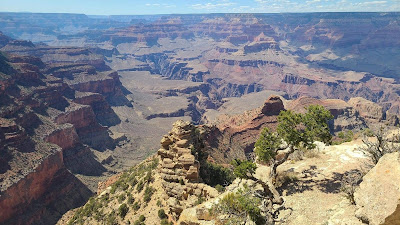 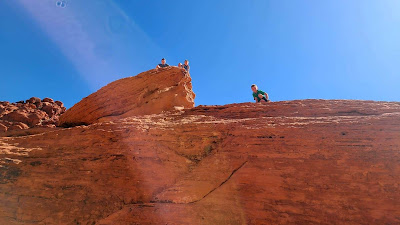 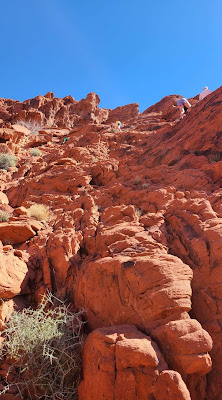 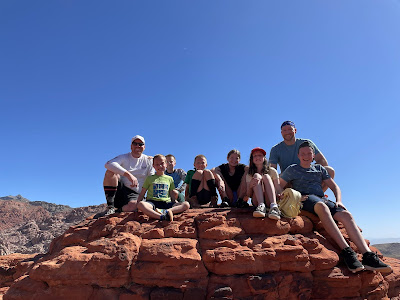 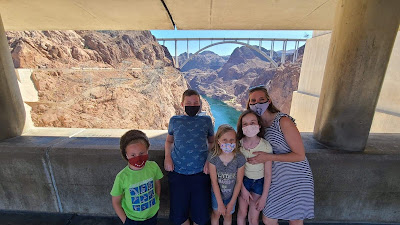